Mary Jo Eustace is the ex-wife of Dean McDermott. McDermott was married to Eustace for 13 years when he cheated on her with now wife Tori Spelling. McDermott and Spelling met while filming the TV movie Mind Over Murder together and they were each married at the time. Spelling was married to husband Charlie Shahnaian. Both Spelling and McDermott ended their marriages and then married each other. Read on for the facts on Dean McDermott and his ex-wife Mary Jo Eustace.

1. Eustace and McDermott Were in the Process of Adopting a Daughter When Their Marriage Ended

Eustace and McDermott had a son named Jack together, born October 1998. In addition, McDermott and Eustace were in the process of adopting a baby girl named Lola when McDermott had his affair with Spelling. McDermott decided to not follow through with the adoption, so Eustace finished the process of adopting her daughter Lola (born April 2005) and took on the role as a single parent. Since Eustace and McDermott had move to Los Angeles together, Eustace decided to move back to Canada with her children, though McDermott was awarded joint custody of son Jack. Eustace later moved back to the Los Angeles area.

2. Spelling Sits Down With Eustace on her Show True Tori

When McDermott found out that wife Tori Spelling was bringing his ex Mary Jo Eustace on their reality show, a huge fight ensued. Eustace told Spelling that being with McDermott was exhausting and that if it wasn’t her, it would have been someone else that he cheated on it. Hearing about what Eustace was saying, McDermott became enraged, claiming that Eustace is nothing but a manipulative liar. McDermott then exclaimed:

The whole thing about having her on the show too—the more she comes across is as this wonderful, loving person, people are watching going like ‘Yeah what the fuck is Dean’s problem?'”
He added: “I gave her a great life … she’s fucking crazy. She’s fucking delusional, now I’m starting to get really mad.

McDermott then flipped the bird to the cameras. 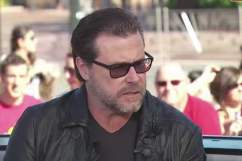 McDermott decided that, even though there were 5 more episodes to go, he couldn’t participate in his wife’s reality show any longer. He has quit True Tori. In the above video, Mary Jo Eustace sits down with Access Hollywood Live and says that she actually thinks that it was a great decision McDermott made, choosing to leave the show. She said that after she heard the news, she actually called him to say she was proud of him and offer her support.

Both Eustace and McDermott make their careers in the cooking realm as well as TV. Eustace is coming out with her fourth cookbook “Scared Wheatless.” She stopped by Access Hollywood Live to show off her latest gluten-free recipes. She said she came up with this cookbook as a tribute to her daughter Lola, who was diagnosed with Alopecia and lost 80 percent of her hair. A gluten-free diet can help the body when an auto-immune disease comes into play. 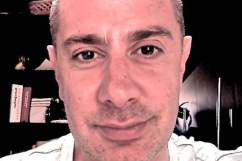