Right after Kenny Chesney kicked off the 2014 CMA Awards, Miranda Lambert and Meghan Trainor were revealed in cute little dresses to perform Trainor’s hit song “All About That Bass.” It was a very cute performance as the two sang about their booties and gave little smiles.

Lambert is nominated for the top honor, entertainer of the year, and is the only female in the category. She will battle last year’s winner, George Strait, as well as Keith Urban, Luke Bryan and husband Blake Shelton. Lambert’s album “Platinum” is nominated for album of the year, while her single “Automatic” will compete for both single and song of the year.

Later on in the show, Lambert also performed with the band Little Big Town. 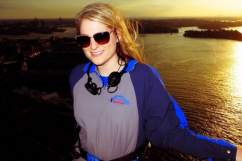 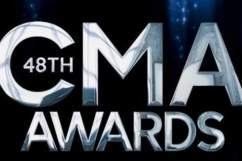 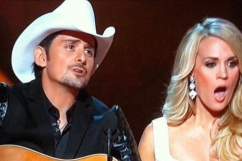