Onika Tanya Maraj, most known as Nicki Minaj, is the host of the 2014 MTV EMAs, a long-anticipated event with performers including Ariana Grande, Ed Sheeran, and Enrique Iglesias. With Ariana Grande performing, fans are hoping she and Minaj will team up for a performance of their hit song “Bang Bang.” At the show, legendary rocker Ozzy Osbourne will be the recipient of the Global Icon Award. In addition to being host, Minaj is up for some awards – Best Female Artist, Best Hip-Hop, Biggest Fans, and Best Look. Read on for all the info on Minaj, her famous feuds, her love life, and her rough childhood.

1. When Safaree Samuels And Minaj Recently Split, Minaj Smashed His Car With a Baseball Bat

And here I am going as the BAD TEACHER taking a bite out of the apple that the teacher's pet gave me ??????? #ThotShitOnFleek

Nicki Minaj did what most women would want to do to their exes … she took a baseball bat to his car. TMZ reported: During the summer, Nicki and Safaree Samuels got into an argument. She started screaming, he got pissed, and she EXPLODED in anger, grabbing a bat and chasing him out of the house. She wisely chose property over person, and pulverized the 2012 Benz. And for bad measure, she threw his clothes in the garbage — just like in the movies.

Minaj didn’t get in any trouble because the car was actually hers. She just allowed him to use it. The two broke up shortly after. Minaj and Samuels had reportedly been together for an estimated 14 years.

2. Minaj Grew Up in an Abusive Household

Nicki Minaj didn’t have it easy growing up and she attributes her inspiration as the strength of her mother. Pop Crush reports:

After moving from the Caribbean island, Trinidad and Tobago, to Queens, NY, Nicki saw her drug-addicted, alcoholic father beat her mother. He even tried to burn the family’s house down with Nicki’s mother inside. Nicki credits her mother as instilling that strength in her: ”My mother always had this attitude that she didn’t take no for an answer. So I guess that carried on to me.”

Minaj’s father was a severe drug addict with a long history of violence. At one point, he set fire to the family’s home in a failed attempt to kill Minaj’s mother. Those early struggles, Minaj has said, helped fuel her drive to rise above the life her parents knew.

Minaj became successful because she wanted a better life for her mother.

3. Her Feud With Iggy Azalea Was Highly Publicized

Headed to the stage ?

Pop Crush did an interview with Minaj and the media source reported that it seems the feud with Azalea is anything but over. Pop Crush reports:

When asked a question about Iggy, Nicki doesn’t answer, instead meeting the interviewer’s gaze with “a withering, wordless stare.” According to the interviewer, any time an Iggy track would come on during the interview, Nicki’s team would shut it off immediately. Although Iggy made an attempt to put their feud behind them by complimenting Nicki on her MTV VMA performance, it doesn’t look like we’ll be seeing a collaboration between the two rappers any time soon.

4. Minaj Worked at Red Lobster Before Making It Big

2014/15 Issue of @vmagazine by @mariotestino styled by @robbieSpencer my love. Glam by Oribe Canales & James Kaliardos

Before Minaj made a name for herself in the music industry, she actually worked at Red Lobster … and she got fired for chasing a customer who took her pen and then gave them the finger. According to Us Weekly, Minaj admitted to GQ magazine:

I like dealing with people, but I don’t really like a lot of bulls–t, so maybe customer service wasn’t the best job for me.

Her first breakthrough was with rapper Lil Wayne. Soon, she moved on to perform with big artists from P. Diddy to Ariana Grande to Usher, Rihanna, Drake, Jay-Z, and many more.

Aretha Franklin was being interviewed by the Wall Street Journal and was asked what she thought about some of today’s female music artists. When asked about Nicki Minaj, Franklin said:

Nicki Minaj…..I’m gonna pass on that!

Of course, Nicki Minaj has had a past filled with feuds with other artists, so perhaps that has something to do with it. Remember Minaj’s American Idol days as a judge and the monster feud she had with fellow judge Mariah Carey? Minaj’s People biography writes about the fights she had with Carey:

Minaj and Carey got into an argument during auditions in Charlotte, North Carolina, with Minaj later storming off stage. Carey later claimed that Minaj threatened her with physical harm and decided to hire extra security as a result.

There’s something about [Beyonce’s] work ethic that always made me feel like no matter how hard stuff gets, I’m not allowed to complain. Some women give me the feeling that where there’s a will, there’s a way. 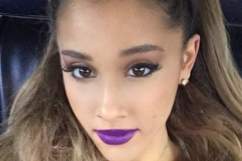