Music artist Pitbull took time off from his Thanksgiving holiday to perform at the halftime show for the Dallas Cowboys vs. the Philadelphia Eagles game. Lee Ann Womack performed the national anthem, while Pitbull brought the energy with his performance with a special guest – Ne-Yo. The two performed their hit song “Time of Our Lives,” that they debuted at the 2014 American Music Awards.

Pitbull kicked things off, accompanied by the Dallas Cowboys’ cheerleaders with a little “Don’t Stop the Party” and then dove right into “Fireball.” Pitbull was surrounded by women, cheering fans, and fire. It was a medley performance followed by his song “Timber,” then he moved on with his new song with Ne-Yo, and then he finished with “Give Me Everything.” 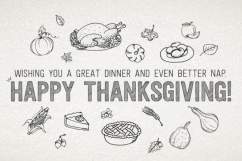 Why Does Turkey Make You Sleepy? Tryptophan