-240 degrees is not my look. But thank you #cryohealthcare for helping my leg out!

Tonight is the premiere of Duck Dynasty, but this coming week is a big one for DD star Sadie Robertson. Robertson is a finalist on Dancing With the Stars along with Pretty Little Liars actress Janel Parrish, Alfonso Ribeiro, and YouTube star Bethany Mota. The 5’5″, long-legged girl is partnered with Mark Ballas and has had her family at her side throughout the entire competition. Even her boyfriend Blake Coward has been cheering her on in the audience.

Monday is the beginning of the two-part finale on the show and hopefully, Sadie’s nerves don’t get the best of her. Sadie is often overwhelmed with tears and emotion because she cares so deeply about the show and the work she’s put into it. Mark Ballas recently revealed to Hollywood Life that Sadie actually vomited backstage at the semi-finals. Ballas gave the story:

Here’s a little inside scoop for you — Sadie sometimes has an acid reflux reaction and she started puking backstage after the dance! I grabbed a bucket to help her out! How about that!? I was a little worried because Sadie wasn’t feeling too hot. But she changed into her next dress — the wardrobe team did such a fantastic job on both of her looks this week! — and was ready for the Argentine Tango!

As for Sadie’s final dance number, Ballas tells us what we can expect to see:

We have a really nice piece planned for Sadie’s final number, and I think people are really going to enjoy it! The music is going to start, and I think everyone is going to identify with it because it’s so iconic. It’s judges’ pick next week, which means the judges will choose any of our past performances that they really enjoyed that they would like to see again. So they will be telling us which one of our dances they would like for us to repeat! This week’s game-plan is to not change anything up and just keep doing what we’ve been doing. If it ain’t broke, don’t fix it!

In addition to DD and DWTS, Sadie has a prom dress line coming out. Check out a glimpse of it in the below Instagram pic. 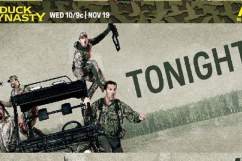 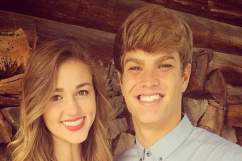