The daughter of Willie and Korie of Duck Dynasty, Sadie Robertson has been getting her own recognition away from the reality show as she excels on Dancing with the Stars this season.

On November 3, for “Dynamic Duo” night, with seven couples left in the competition, Robertson and her partner Mark Ballas will dance as Adam and Eve.

Each week, fans are curious about the height of the star, who at just 17 seems to stand taller than 28-year-old Ballas. Below, watch her routine from Week 2, “She’s Country,” where the height difference is apparent. 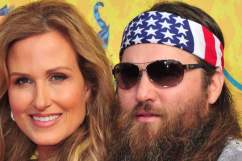 So How Tall Is Sadie Robertson?

Multiple sources cite that Robertson is 5-foot-5. Since Ballas is 5-foot-6, with her wearing heels, she appears taller.

Dancing isn’t the only pastime that enables Sadie to use her height as an advantage. The teen has played varsity basketball since eighth grade. She now plays for her high school team, Ouachita Christian, in Louisiana. Max Preps reported that her coach, Jeremy Shackelford, is also her great uncle.

The rising star is also a fashionista and has walked the runway at New York’s famed Fashion Week in 2013. Her height was definitely an asset as she strutted in a black-and-white polka-dot prom dress during the Evening By Sherri Hill Spring 2014 show at the Trump Tower. The young entrepreneur partnered with Hill to create a line of prom dresses called Sadie Robertson Live Original. 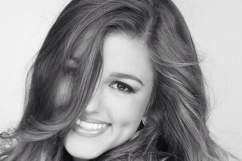