Marc Anthony has tied the knot with 26-year-old Venezuelan model girlfriend Shannon De Lima, making this is third marriage. The couple have been dating off and on since 2012 and got engaged in March 2014. Lima is not only a model. She’s also a fashion blogger and has her own swimwear line that she is designing. She began modeling in beauty pageants and was the runner-up in the 2005 pageant for Miss Earth Venezuela. Read on for the facts on Lima and the big “I Do.”

Lima has a 7 year old son named Daniel from a relationship with a man named Manuel Coco Sosa. Lima and her son are now joining Anthony’s brood of little ones. Anthony already has twins Max and Emme, 6, whom he shares with ex-wife Jennifer Lopez. He also has four kids from his previous relationships with first wife Dayanara Torres and Debbie Rosado: Cristian, 13, Ryan, 11, Ariana, 20, and Chase.

2. The Wedding Was Filled With Latin Celebrities

When it comes to love Anthony has said that he’s a hopeless romantic, telling Wendy Williams:

I believe in relationships. God has blessed me in so many ways. Material things go, but so far. Success goes, but so far, but when your house is empty and you don’t have someone to invest in – if you don’t have a witness, it’s almost worthless.

Read more in Spanish about it in Ahora Mismo: 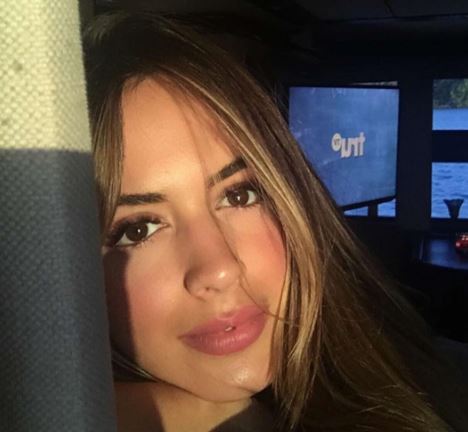 Anthony and Lima tried to keep their relationship news quiet, until Lima appeared in a music video for “Flor Pálida.” Check out the video above.

4. Chloe Green Was Dating Anthony Right Before He Got Engaged to Lima

Anthony dated Chloe Green, Made in Chelsea reality star, 22, for about a year, coming out the the public in February 2013. “Busy schedules” is the culprit. E! reported a source saying:

Marc is always on tour and traveling the world. They’re both very busy. It just got to be too much. They both agreed it was time to move on.

5. Anthony’s Divorce From JLo Was Finalized in June

Lopez went on to say that her marriage to Marc Anthony was never very good, and that he actually got engaged to de Lima before the divorce papers were even finalized. But Jennifer Lopez had only good things to say for Marc Anthony and Shannon de Lima now, declaring, “I’m happy for them.”