Sharna Burgess and Peta Murgatroyd were the hottest flight attendants on the planet tonight as they made the eyes pop out of contestant Tommy Chong’s head on Dancing With the Stars. The trio gave a “mile high” performance that made the audience go crazy and the judges couldn’t stop laughing. When Tommy was asked about how he found the performance to be, he made a short dirty joke saying, “It was hard.” This is the very reason we love Tommy. Check out the hilariously vulgar, yet entertaining performance in the above video. 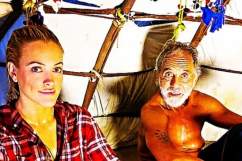 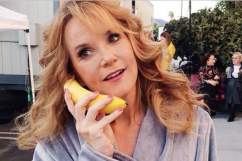 Lea Thompson Eliminated on ‘Dancing With The Stars’

Read More
Celebrities, Dancing With The Stars, DWTS, Reality TV, TV
Tommy Chong took us all to the mile high club with his dirty trio dance on "Dancing With the Stars." Check out the awesome DWTS performance here.