It’s the 20th anniversary of the 2014 MTV EMAs and U2 was recently announced as one of the performers. This is the band’s fourth performance at the EMAs, their last performance being in 2009 in Berlin, Germany. As for what the iconic band has been up to recently, MTV reports:

Back in September, U2 surprised fans with the free release of their thirteenth studio album Songs of Innocence. The album is the follow-up to 2009’s No Line On The Horizon. The album debuted at #1 on the Billboard Top 200, and #1 on nearly every other top album chart around the globe. The band worked with renowned producer Danger Mouse, as well as Paul Epworth, Declan Gaffney, Flood, and OneRepublic’s Ryan Tedder.

Today’s exciting announcement that U2 – one of the biggest names in music – is to join the incredible list of acts already confirmed to perform at the MTV EMA this weekend will come as welcome news to music fans across the city. In a little over 48 hours’ time, this year’s EMA will showcase Glasgow to more than half a billion households through MTV’s global network of channels, reinforcing our enviable reputation as a world-class music destination.

Additional EMA performers include Ariana Grande, Charli XCX, Royal Blood, Ed Sheeran, Kiesza, Enrique Iglesias and host Nicki Minaj. Nick Jonas, Jake Miller and Fifth Harmony will be performing from Miami to kick things off in the U.S. There have been reports that Alicia Keys will perform at the show and Calvin Harris has had to cancel his gig with the show due to illness.

For more MTV EMAs details, check out the below links: 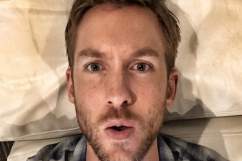 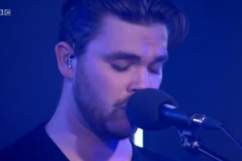