Christopher Walken has taken on the legendary character of Captain Hook in the televised musical production of Peter Pan Live! You can view an interview with Walken about his role as Captain Hook in the above video. Walken is known for his unique way of speaking and his oddities that make him entertaining. He has an estimated net worth of $30 million and is one of the most impersonated actors in Hollywood. Read on for the facts on Walken, his marriage, and what makes the world love him so much.

Walken married his wife Georgianne Thon is 1969 and the two reside in Wilton, Connecticut. They never had children and both decided to find happiness in each other as well as their careers. Though they decided to not have children, they do reportedly have a cat together. Georgianne is a successful casting director known for her work on The Sopranos. She says that being married to Christopher Walken is always interesting because it’s like being married to many different men because of all his roles. For more information on Georgianne, check out the below link: 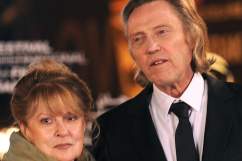 2. Christopher Walken Is His Own Worst Critic

Some actors cringe when they watch themselves in their movies or on TV, while others relish in it. Christopher Walken is on the fence about his talent. When it comes to watching himself in films, Walken tells The Guardian newspaper:

I have one of those satellite things on my television and there are maybe 40 channels of movies, so once a day I’ll surf those. I just go from one movie to another, watching 10 minutes of this, 10 minutes of that, and often there’s something I’m in. With every movie I make, there are some scenes where I’m good and some where I’m not. With me, it’s always hit and miss.

3. He Was Born Ronald Walken And Grew Up In Queens 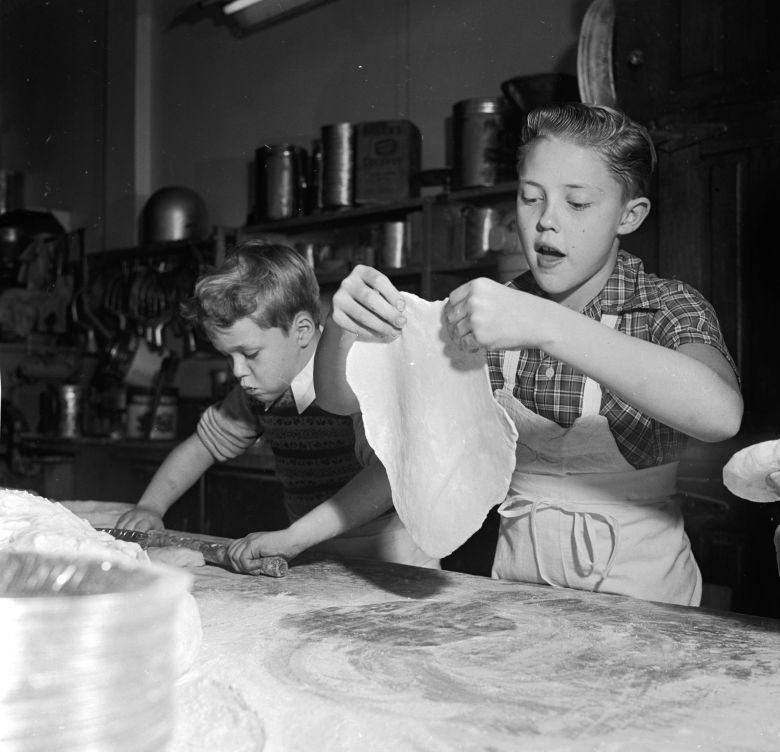 Christopher Walken was born Ronald Walken, named after actor Ronald Colman, and was the son of a baker, who owned Walken’s Bakery in Astoria, Queens. Biography.com writes about his childhood saying:

Ronald Walken, better known by the pseudonym Christopher Walken, was born on March 31, 1943, in Queens, New York. A performer since the age of 3, Walken started out as a dancer, taking lessons as a child. “It was very typical for people—and I mean working-class people—to send their kids to dancing school. You’d learn ballet, tap, acrobatics, usually you’d even learn to sing a song,” he later explained to Interview magazine.

Growing up, Walken would hang out in Midtown at Rockefeller Center with his brothers, where all the TV shows were shot to land roles as extras. He later attended the Professional Children’s School and when he turned 18 years old, he began working in theater. In 1964, when he was involved with a nightclub act, it was suggested he changed his name from Ronny to Christopher, so he went with it. Walken once told the Hollywood Reporter:

A lady in the act said she wanted me to be called Christopher, and I said, ‘Fine.’ … Now I wish I’d picked a shorter name because when I see my name in print, it looks like a freight train.

4. The Way He Talks Is Called The Deadpan Affect

Many people, including prominent actors in Hollywood, love doing impressions of Christopher Walken because of the way he speaks, with random pauses and off-beat syllable emphases. This is called a deadpan affect. This is the definition:

Deadpan is a form of comic delivery in which humor is presented without a change in emotion or body language. It is usually spoken in a casual, monotone, or cantankerous voice, and expresses a calm, sincere, or grave demeanor, often in spite of the ridiculousness of the subject matter. This delivery is also called dry humor or dry wit, when the intent, but not the presentation, is humorous, blunt, oblique, sarcastic, laconic, or apparently unintentional.

Have a look at the above video to see a compilation of celebrities impersonating Christopher Walken.

Christopher Walken made his feature film debut with a small role opposite Sean Connery, in the movie The Anderson Tapes, but his breakthrough role was in Woody Allen’s film Annie Hall. Walken played the homicidal, crazy brother of lead character Annie Hall, played by Diane Keaton. The movie role that he won an Academy Award for was as Best Supporting Actor in Michael Cimino’s 1978 film The Deer Hunter.