Fergie hosted tonight’s Billboard Hollywood Party for Dick Clark’s New Year’s Rockin’ Eve With Ryan Seacrest, announcing all the performers for the big event tonight, while also showing off her vocals. One thing that is very clear is that Fergie does not look like she’s had a child as she looks more fit and gorgeous than ever.

As many of us know, Fergie is married to one of the hottest men in Hollywood – Josh Duhamel. Duhamel has been a big supporter of his wife. He even announced her comeback performance for her first single after eight years. So, is Duhamel at the party with Fergie tonight and will we see a midnight kiss with the two of them? We’ll have to wait and see …

For more information on the couple and tonight’s events, check out the below links: 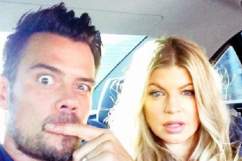 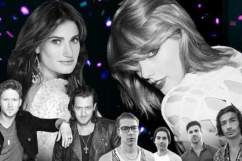