Georgianne Leigh Walken, maiden name Thon, is the wife of Christopher Walken. Christopher Walken easily has one of the distinctive voices in Hollywood and he has also become Captain Cook in the musical production of Peter Pan Live! on TV. Georgianne is in show business as well. Read on for the facts on their careers together, how they met, and why Georgianne thinks being married to Christopher Walken is “interesting.”

1. Georgianne Walken Is a Successful Casting Director, Known For Her Work On The Sopranos

The Sopranos. This groundbreaking drama series gave us a vision of what life would be like in organised crime… pic.twitter.com/jiSsqH0JBB

Walken has been the casting director for almost 100 television shows and movies since 1990. Two big shows were The Sopranos and Entourage. Husband Christopher has had a few parts in her projects. In 2006, he appeared in an episode of The Sopranos, plus, he starred in the 1983 movie Brainstorm and made a cameo in his wife’s Basquiat.

When you met him, you knew he had this future. He was good and was gonna be better. It was a very compelling idea. And I had never met anybody like that in my life.

As far as being married to him goes, Georgianne Walken takes delight in his many characters, explaining:

I think that twinkle in his eye is always there, however scary the guy he’s playing. 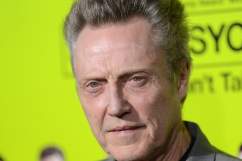 Sheila Jaffe is Walken’s partner in casting and their company is called Walken/Jaffe. Some of their reported projects together are listed as: Walken and Jaffee have cast numerous films, including as Monkeybone, Bedazzled, Black Knight, Two Girls and a Guy, and Subway Stories. Their first casting effort was for the film End of the Night (1990).

Jaffe is also known for her casting in the movie Ted and The Fighter.

4. Christopher Walken And His Wife Live In Connecticut And Never Had Children

I’m sure many of the kids I knew as a child would have continued in show business, but they had kids of their own [and] had to do something dependable. I didn’t, so I could get by even in periods of unemployment.

Despite his fame, Christopher Walken just sees himself as a normal guy and loves the life he has with wife Georgianne. He revealed:

My life is really quite conservative. I’ve been married nearly 50 years. I don’t have hobbies or children. I don’t much care to travel. I’ve never had a big social life. I just stay at home, except when I go to work. So in that sense, I’m a regular guy.

. Georgianne Has Won Several Awards In Her Career, Including an Emmy

Georgianne was nominated almost every single year for an Emmy Award from 1999 until 2007. In 1999 she won for “Outstanding Casting for a Series” with her partner Sheila Jaffe.