On tonight’s episode of Saturday Night Live, Nicki Minaj was the musical guest, but she also appeared in a couple skits. During the Weekend Update, Minaj appeared as Kim Kardashian who wanted to explain what her nude Paper Magazine shoot was really about. This weekend, Kardashian was in Miami promoting the issue, so SNL had to put her on blast of course. Minaj posed as Kardashian and explained that each photo was taken out of context.

Earlier in the episode, Minaj posed as Beyonce, which you can check out in the below Vine video. 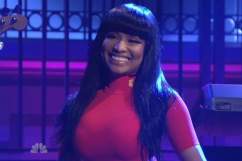 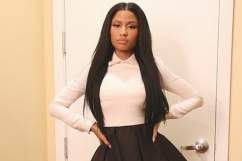