Pitbull is one of the most well-known rappers in the world, the host of Pitbull’s New Year’s Revolution, and one of the most eligible bachelors in Hollywood. So, is Mr. Worldwide married? Does he have a girlfriend? Who is he dating? Pitbull reportedly is a free agent, but he is said to have four children, two of whom are with ex-girlfriend Barbara Alba. Daily Entertainment News reports:

He iѕ thе proud father оf four, two of his children he had with his baby mama Barbara Alba, who is a mother of four or five herself, but we really are interested in the fact that Barbara is the mother of Pitbull’s thirdteen-year-old daughter. In 2011 thanks to the Miami Herald we heard for the first time about Barbara Alba who was receiving about $3.000 a month to cover child support for their 9-year-old daughter Destiny Perez without any formal court order, but as his fame arouse so did Alba’s demands which is why she hired lawyer Jason Setchen to get a raise of that child support and get the matter in paper.

Alba and Pitbull reportedly settled things amicably and Alba had nothing but kind words to say about Pitbull. As far as for what Pitbull is looking for in a woman today, he has stated:

It’s best to have a relationship with someone where it’s open, where you can say, ‘What’s your fantasy tonight? More than a girlfriend or a wife, I want a friend. I’ve a very solid old-school mentality; the woman orders first, I open doors for women. But I’m like a dirty, nasty gentleman. A woman wants to feel protected and provided for, but at the same time she wants to feel like a woman when you`re making love to her.

So, there ya have it. 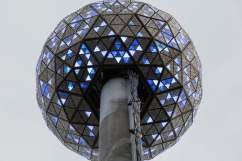