In a shocking turn of events, WWE Legend Kevin Nash has been taken into police custody due to a physical altercation with his own son. Here’s everything you need to know about Nash’s early Christmas Eve arrest and the events surrounding it.

1. Kevin Nash Reportedly Got Into a Fight With His Son, Tristen

TMZ initially reported that on this Christmas Eve morning, Kevin Nash was arrested Volusia County, Florida discovered him after the authorities received a 911 call about a domestic violence dispute. Once the cops arrived on the scene, they came upon Nash sporting blood on his face. The blood reportedly came from Nash’s violent altercation with his own son, Tristen. Nash was quickly taken into police custody soon after.

Kevin told the police that Tristen arrived home “wasted and belligerent.” Tristen yelled at both Kevin and his mother, then he did the unthinkable by spitting in his father’s face and elbowing him. Nash went on to pin Tristen to the ground, but his son responded by scratching him in the face. The cops stated that Nash was the primary aggressor, which led to his arrest.

Check out the video below to watch Kevin Nash’s court proceedings:

The Volusia County Corrections website has already listed the charge that Nash has been taken in for, along with his mugshot: 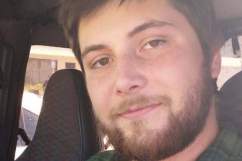 2. Tristan Was Later Arrested After Reportedly Attacking His Mother

Two hours after Nash was taken to jail, the cops received another emergency call from Nash’s neighborhood. This time, the call was for another domestic violence case that pointed to Nash’s son Tristen, who reportedly got into another fight with his own mother. Tristen’s own uncle told the police that he was almost attacked by him, too.

Tristen was soon taken to jail and charged with battery as well. Nash’s wife and Tristen’s mother is named Tamara. Nash and Tamara initially broke up in 2000 after getting married in 1998. Later on, they chose to reconcile and get back together. Their son Tristen was born on June 12, 1996.

3. Alcohol Played a Factor in Both Men’s Arrests

Both arrests are said to have come about due to Tristen being intoxicated during his physical domestic encounter with his father. Tristen told the cops that his father kept berating him over his relationship with his current girlfriend.

It’s an unfortunate situation. They’re a good family. I’m hoping the State Attorney’s Office will receive my information and dismiss the charges. The kid was out of control, and the father was defending his wife. I’m pretty confident we will have a resolution in the next couple of months.

Kevin Nash signed a 5-year WWE Legends contract deal back in 2011. This contract provided him with limited work dates that are fulfilled with special appearances and promotional work for the company. Kevin Nash has not regularly performed for WWE since January 2004. Nash’s last WWE appearance took place on the August 11, 2014 airing of RAW, where he could be seen reuniting with his nWo brothers Scott Hall and Hulk Hogan.

Kevin sent out a few tweets about his current ordeal, which can be read below:

To those that have given their love. The best gift I could receive. The pain of the last 24 hours will never be erased.

Just wanted to say thank you to the women and men at the Volusia country Detention center for being so professional in your treatment,

Kevin Nash has not regularly performed for WWE since January 2004. He is currently under a non-wrestling ‘legends’ contract, which has been immediately suspended until this domestic dispute is resolved.

Check out the highlight video above to get a hint of Nash’s wrestling career.

Tristen is actually an aspiring singer. He posted a video of himself playing the guitar while singing four years ago, which can be seen above. 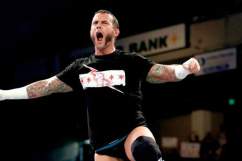 Read More
5 Fast Facts, Wrestling, WWE
WWE legend Kevin Nash has been taken into custody after a heated altercation with his son, Tristen.