Ashley Salter has been a big topic of conversation when it comes to the contestants on The Bachelor 2015. Chris Soules and the other women on the show have called her “crazy” and “in her own world.” Tonight, Salter takes the cake with an awkward kiss, giving Soules his first “I love you” of the season, and leaving the show in a big way. According to reports, Salter goes crazy on Soules as well as production on tonight’s episodes and leaves the show before the rose ceremony, but what actually happened was Ashley was eliminated at the rose ceremony. She left in a very odd way, with “nothing to say.” Check out a clip from Salter’s strange “I love you” moment above.

"I feel nothing…I have no feelings." Oh man, we'll miss you! #TheBachelor

For more information on Salter, check out the below links: 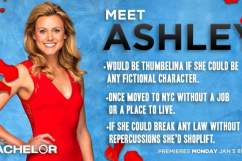 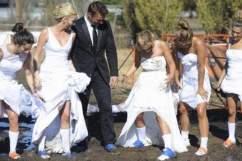 Read More
Reality TV, The Bachelor, TV
There is no contestant like Ashley Salter on "The Bachelor" 2015. Read on for spoilers on her, plus a video clip from her biggest episode.