Tina Fey and Amy Poehler came out to jokingly announce the final Golden Globe Awards for their opening monologue. They then began to introduce all the movies that North Korea was okay with. After that, they moved their focus to the audience to talk about specific celebrities like Reese Witherspoon and Oprah Winfrey. They made fun of Emma Stone, calling her a big-eyed painting. Joaquin Phoenix, Steve Carell, Jennifer Aniston and Julia Louis Dreyfus weren’t safe either. And, of course, Poehler and Fey had to talk about George Clooney’s lifetime achievement award, plus his wife Amal Alamuddin.

The two hosts played a game of “Who Would You Rather” as well, meaning who would they rather have sex with. After some laughs on that, they moved on to talk about the movies up for awards.

When they talked about Into The Woods, they made a Bill Cosby joke saying that Sleeping Beauty thought she was getting coffee with Cosby. Poehler and Fey then did extremely inappropriate impressions of Bill Cosby, talking about his rape allegations. 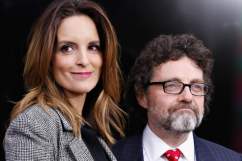 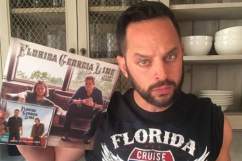