Jeff Richmond is the husband of Golden Globes host and comedienne Tina Fey. Richmond is a composer, actor, director, and producer. He even directed some episodes of his wife’s show 30 Rock. While Fey has amassed a net worth of an estimated $45 million, Richmond’s net worth is reported to be $3 million.

Tina and Jeff met at Chicago’s Second City and they dated for 7 years before getting married in a Greek Orthodox ceremony. The Sid Miller Dance Band played at their wedding reception and the couple now has two daughters together – Alice Zenobia (born on September 10, 2005) and Penelope Athena (born August 10, 2011).

When Richmond proposed, he got down on one knee while they were on vacation on Lake Michigan. He reportedly has said about the proposal:

If I’d known so many people would ask me how I proposed, I would have done it in some more theatrical way.

2. His Roots Are In Ohio

Jeff Richmond grew up in Portage County, Ohio and graduated from James A. Garfield High School in Garrettsville, where he won the John Philip Sousa award. He also played a big part in creating the Garrettsville Community Players. Staying in Ohio, Richmond attended Kent State University, where he co-authored a number of musicals.

3. Richmond Worked With His Wife On Many Big Projects

Richmond worked with wife Tina Fey on Saturday Night Live, 30 Rock, and the film Baby Mama. Richmond left SNL in 2006 to produce and compose music for 30 Rock and even appeared as an extra on the show as the character Alfonso Disperioso. And, in 2010, Richmond directed these five episodes: “Argus”, “Plan B”, “The Ballad of Kenneth Parcell”, “Today You Are a Man”, and “A Goon’s Deed in a Weary World”. Richmond also composed the score to the film Baby Mama, which starred his wife, Tina Fey, opposite her Golden Globes co-star Amy Poehler.

When it comes to working with her husband, Fey told Readers Digest:

I think that we complement each other nicely because we’re not in the same room all day. There’ll be whole days we’ll be at work and not see each other until the ride home. And we’ve been working at the same place for a long time — Second City, then SNL.

4. He Thinks His Wife’s Glasses Are Her Trademark

..but wait.. WHY is Tina Fey's husband so short?? pic.twitter.com/brir2MSsZi

When Richmond goes out to eat with his wife, he begs her to put on her glasses so that people recognize her and they get the all-star treatment. He told People:

Whenever we go to restaurants, I beg her, ‘Please, put the glasses on,’ because you get treated great when they know you’re on TV. A free appetizer and they’re going to bring over a bottle of wine. I tell her, ‘Please, just do it for your husband.’

5. Richmond Says He Fell In Love With Fey’s “Wit” 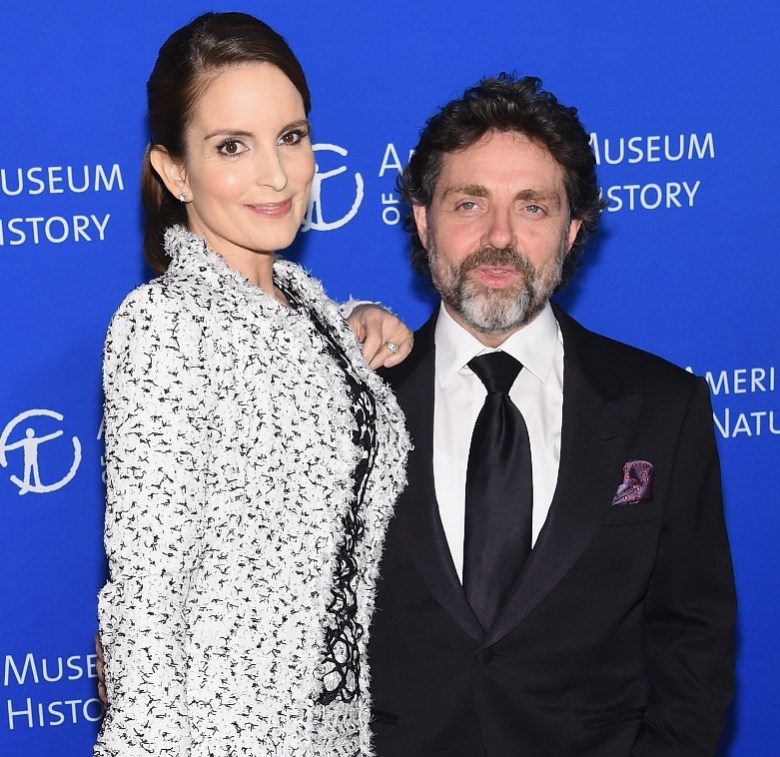 So, what made Richmond fall in love with funny girl Fey? Richmond told People:

I fell in love with her very quickly. She has this caustic, biting wit that pops out occasionally, but she really does have a little-girl-from-the-suburbs kind of ambience. She’s a shy person.

When Fey talked about her dating life before husband Richmond, she said:

Yeah, it’s tough being smart and sexy, too. I have to say, I’m really not that attractive. Until I met my husband, I could not get a date. I promise you it’s true. My husband Jeff Richmond saw a diamond in the rough and took me in.