Joe Bastianich is a stern judge on Masterchef Junior, who surprises us every now and then with compassion as well as charm. Bastianich is an American television personality, food writer, and restaurateur, who has earned a net worth of $15 million. In addition to judging Masterchef Junior, Bastianich has also been a judge on MasterChef and MasterChef Italia. Prior to joining the food industry, Bastianich worked on Wall Street as a bond trader for Merrill Lynch. For all the background on Bastianich, his family, his wife, and his career, read on.

1. His Parents Are Restaurateurs

According to Celebrity Net Worth, Bastianich got the restaurant bug from his parents.

Once Bastianich graduated from Boston College and tried out the financial industry, he joined forces with his parents, making it a family affair.

He joined his parents and convinced them to open Becco. They also opened Lidia’s Kansas City in 1993. Joe’s parents divorced in 1997 and his father transferred his share to Joe and his sister Tanya.

2. Deanna Damiano Is His Wife

Deanna Damiano is the wife of Bastianich and the two live in Greenwich, Connecticut with their children Olivia, Miles, and Ethan. According to the NY Times, Damiano was helping produce private-label handbags for the Associated Merchandising Corporation in New York when she met Bastianich through friends in 1992. Like Bastianich, she grew up in a large Italian family. The couple moved in together three weeks after meeting and then married in 1995.

3. His Mother Lidia Has Her Own Cooking Shows

Lidia Bastianich has her own cooking shows titled Lidia’s Italy and Lidia’s Italy In America in addition to being a contributor to other public television cooking shows. Her own kitchen at home has served as her sets on her shows and her own mother Erminia has appeared as her sous-chef on her programs. Lidia also worked at the Astoria bakery owned by Christopher Walken’s father when she was just 14 years old.

In addition to being in the restaurant game, Bastianich also has several wineries. According to reports:

Bastianich owns three wineries in Italy, where he cultivates a variety of grapes. The Bastianich winery was founded in 1997 in the Friuli-Venezia Giulia region of Italy. It consists of 70 acres of land. La Mozza is a 90 acres winery located in Maremma, Tuscany. La Mozza is known for the Aragone blend. The Brandini Winery is located in the Langhe region of Northern Italy, specializing in Dolcetto, Barbera, and Barolo wines. Bastianich owns a winery in the Mendoza province of western Argentina with Matias Mayol and Steve Clifton.

In 2012, Bastianich and his business partner Mario Batali were in the media for a very public lawsuit and Bastianich opened up about the ordeal on Today, stating:

[It’s] not true,. It’s a scourge in our business, and we settled a class-action suit as a business decision so we could move on, and it’s diffused throughout our industry and an unfortunate thing.

In March, the duo settled a class-action lawsuit by restaurant workers – including more than 1,000 servers, busboys and bartenders – who said that portions of their tips were unlawfully confiscated and alleged that Batali kept the money for himself. 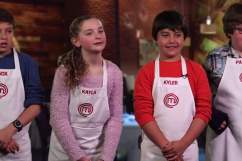 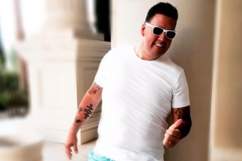