Johnny McDaid hails from Derry, Northern Ireland and is the fiance of Cougar Town star Courteney Cox. Cox’s ex-husband David Arquette calls McDaid amazing and a great guy, so he definitely has his approval. Read on for the facts on McDaid and his relationship with Cox.

1. You May Know McDaid From the Band Snow Patrol

Johnny McDaid has been a musician for the band Snow Patrol, but from 1999 to 2008, he was the lead singer for the band Vega 4. He’s also an accomplished song-writer and producer. In addition to being a musical success himself, McDaid also has famous friends, being good friends with Ed Sheeran. In fact, it was actually Sheeran who introduced the couple.

I'm engaged to her! pic.twitter.com/dlynriJpOS

When Courteney Cox and McDaid got engaged, they each tweeted a photo announcing the news. Shortly before the engagement, the two went on a romantic getaway to celebrate Cox’s 50th birthday. A witness from their vacation told E!:

It was very romantic and a beautiful setting…Courteney looked like there was nowhere else in the world she would rather be and just so happy to be doing what she was doing. Johnny was doting on her, rubbing her leg and passing her a cold towel when she got hot. They seem very happy together and totally in love. 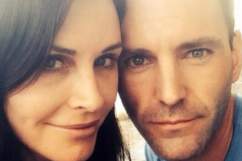 3. McDaid Got a Tattoo Dedicated To The Memory of His Father

Arm bandits. @edsheeran & me. Thanks @foyvance for the most incredible song of all time and to my mum for the writing pic.twitter.com/TyIYwqcRDZ

According to E! News, McDaid is a very sentimental man and loved his father dearly, so he decided to get a tattoo in memory of him. E! News writes:

Sadly, Johnny’s father passed away in 2011. Close family friend and fellow musician Foy Vance wrote a song, “Guiding Light,” in his honor. Last year, Johnny got a lyric from the song tattooed on his arm, and so did his BFF Ed! Johnny tweeted a picture of the “Arm bandits” together, thanking Foy Vance “for the most incredible song of all time and to my mum for the [hand]writing.”

And guess who joined McDaid when he got his tattoo? Ed Sheeran.

4. Cox and McDaid Worked Together On The Film Just Before I Go 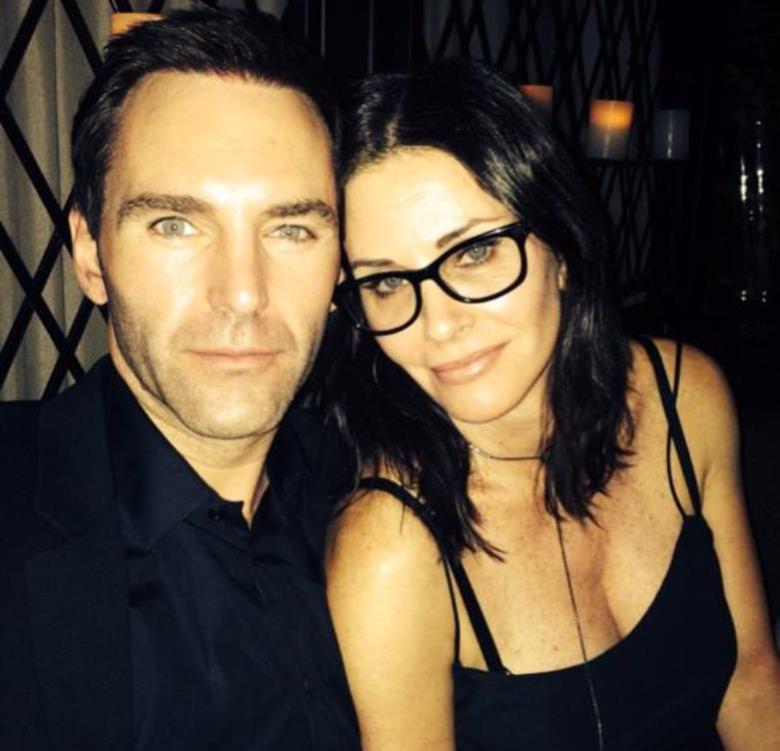 McDaid’s band Snow Patrol wrote three songs for the movie Just Before I Go, a movie that Cox was directing. Cox gushed to People about McDaid’s support for her movie:

I’ve had a lot more support from him than him just being here tonight. Snow Patrol wrote three original songs for this movie. I’m really fortunate. It’s amazing, all the musical things that he brought to it.

5. The Couple Made Courtney Cox’s Show Cougar Town a Reality

Courtney Cox is about 13 years older than her beau and, as a coincidence, Cox stars on the show Cougar Town, which is in its final season. Cox’s co-stars are so sad that the show is coming to an end, especially Busy Phillips, but Phillips is excited that she’ll have a wedding to go to. When it comes to getting a wedding gift for Cox and McDaid, Phillips says she may get her a really nice bottle of Tequila, because Cox is a Tequila fan.