Kelsey Poe, maiden name Persons, is one of the contestants on season 19 of The Bachelor that will definitely capture your attention with her back-story. As the season carries on, we will continue to update this post with Kelsey “news”. Read on for some Bachelor spoilers and the story behind Kelsey Poe. Plus, check out an interview with Poe in the above video.

Kelsey Poe is a widow to husband Sanderson, who passed away suddenly in May 2013 at the age of 42. Sanderson died unexpectedly when his heart stopped while he was walking to work one day. When talking about her husband’s death to ABC, Poe stated:

If I never had to experience the death of a loved one, I would be very happy.

2. Her Idea Of The Perfect Date Doesn’t Involve Diarrhea

Poe loves to be challenged, so a date that involves something she and her partner have never done before is ideal, especially something in the outdoors, active, or in a new environment. In addition, Poe’s biggest dating fear, according to ABC, is getting diarrhea on a date, so as long as that doesn’t happen, everything should go smoothly.

Kelsey Poe lives in Austin, Texas and works as a guidance counselor at Premier High School. Perhaps her training in counseling helped her when grieving the loss of her husband. Poe is originally from Grand Rapids, Michigan, but moved to Texas while going to school.

Poe’s students adore her and one of her students named Leyda, wrote this sweet message online:

My application process for college was a bit more difficult than that of most students. Despite this, Mrs. Poe stood by me through the entire thing and I am so greatly appreciative. She would continuously help each of us by allowing those who weren’t quite sure what they wanted to study take numerous credible personality and career quizzes. She also provided students with plenty of information on scholarships and other types of financial aid. On top of it all, Mrs. Poe was also nice enough to write a recommendation letter for each of her students … I definitely owe Mrs. Poe my gratitude for playing a role in getting me where I am today and where I have wanted to stand since I was a young elementary student.

4. Poe Sometimes Feels Guilty For Having Happiness Since Her Husband’s Death

On her Facebook page, Poe writes about the loss of her husband and how she moves on with her life. She stated that she sometimes feels guilt when she has happy moments, writing:

The only forgiveness I can offer myself when I feel happiness nowadays, is that the trauma and agony of Sanderson’s death and its impact on my life should be rewarded with happiness. If I were to say, ‘I’m so happy now’ it’s because I’ve overcome one of life’s hardest moments.

5. Her Late Husband Was A Musician

In an obituary for Sanderson Poe, there is great detail given about Sanderson’s career in music. The obituary reads:

Sanderson Patrick Poe Sanderson Patrick Poe, age 42, had great passion for the loves of his life. His wife, Kelsey Lyn Poe, and his music. Together Sanderson and Kelsey set their course as one and as one they were. Sanderson Completed studies in Jazz Music in New York City, and the Royal Conservatory in Brussels, Belgium. His music is still being performed in Europe today. Services will be on May 24 at Resurrection Cemetery in Oklahoma city. 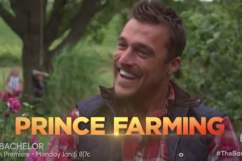