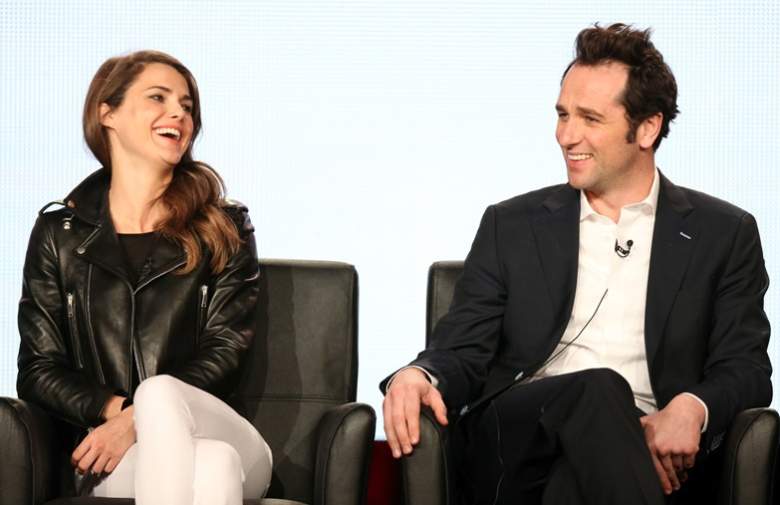 Co-stars Keri Russell and Matthew Rhys have been coy about their relationship, but the two are indeed a couple. They can often be seen on the small screen together on the FX show The Americans or strolling around Brooklyn, where Russell lives. Read on for all the news on the Russell and Rhys both on and off-screen.

1. They Were First Reported As Being Seen Together In Spring 2014

Russell and Rhys were first spotted together on March 27, 2014 while watching the play “The Library” at The Public Theatre in New York. People reported:

The two stepped out for date night on Thursday, stopping into New York’s The Public Theater, where they watched the Steven Soderbergh-directed play The Library. They sat together and theatergoers spotted Russell stroking Rhys’s hair and the two whispering before they left together.

The couple was also spotted together earlier in the year by a passer-by who stated:

They were walking super close together and laughing, even stopped to look at some furniture on the street. They looked very much like a couple.

While fans would think that Rhys and Russell probably cozied up together for the holidays, they’d be wrong. Rhys was actually away to participate in a charity event by reading Dylan Thomas’ “A Child’s Christmas” to cancer patients in the Velindre Cancer Centre hospital on Christmas Eve in Cardiff, Wales. Rhys told Wales Online:

Cancer affects so many people and this is just an opportunity for me to do something for the patients while I’m home.

So how did Rhys get involved with this in the first place? Head of fundraising Andrew Morris explained:

We received an email from Matthew asking if we would be interested in him reading Dylan Thomas’ A Child’s Christmas in Wales in the hospital on the morning of Christmas Eve. We were, of course, delighted to accept his fantastic offer. Spending time in hospital is difficult and more so at this time of year. For Matthew to take time out of his very busy schedule, and to think of sharing his time with our patients is an incredibly generous gesture.

3. Russell Smacks Rhys Before Every Scene They Shoot At Work

Keri Russell has a routine before shoots on the set of The Americans. She loves to beat on her co-star and real-life boyfriend Rhy. Rhys tells GQ:

The smack usually comes the second before they say ‘Action.’ Basically, I am starting every scene with a slightly shocked look on my face and a red handprint on my cheek. 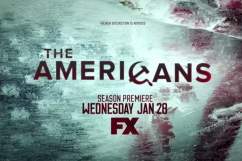 ‘The Americans’ Season 3 Spoilers: Everything You Need to Know

4. They Play A “Married Couple” On the Show The Americans

Rhys and Russell are in a relationship both on and off-screen. On the show The Americans, the two play married Soviet spies living in Washington, D.C. The show is in its third season and Daily Mail reports:

Things will intensify for the undercover agents, living in suburban Washington, D.C. as they learn that their 14-year-old daughter has been tapped by the KGB to join the family business. However, off-screen, things seem much more relaxed.

This season, the show will greatly focus on children.

5. Russell’s Ex-Husband Was Uncomfortable Living Life In the Spotlight

It’s definitely something to get used to. But, I think it’s good that it makes him uncomfortable. I think anyone who is too comfortable with all this stuff is strange. It’s normal that he’s uncomfortable.

Perhaps this was a factor in the couple’s breakup. Russell announced in December 2013 that she and her husband of almost 7 years, Shane Deary, were separating. Deary and Russell have a son River, 6, and a daughter Willa, 2 together. When the news of their split was first announced, the couple released this statement:

The separation is amicable and their focus is on their children.