We’ve seen Malika Haqq over the years on Keeping Up With the Kardashians, Khloe & Lamar, and the rest of the Kardashian spin-off shows as Khloe Kardashian’s best friend. Malika has an estimated net worth of $600,000 and works as both a model and actress. Malika has played a lead role in friend Omarion’s video “Speedin’in addition to several films including School For Scoundrels, ATL and Somebody Help Me 2. She’s also guest-starred on TV shows such as Strong Medicine in 2004, The Bernie Mac Show in 2005, and Las Vegas in 2007. Malika currently stars on the show Real Husbands of Hollywood. Now read on for details on Malika’s up and down friendships with the Kardashians, her twin sister, and her career.

1. Malika Used to Be Khloe’s Assistant Until They Had a Falling Out

When Khloe And Lamar was airing, we saw Malika as Khloe’s assistant and friend, but tensions began to mount as Malika wanted to pursue her acting career more than be an assistant. Malika was, understandably, tired of having her life revolve around her best friend and the two ended up parting ways in their business relationship. There were tears and an awkward break, but the two soon got back on track with their friendship.

Another bump in the road for Malika came more recently, this past September, when there were reports about her and Khloe’s man French Montana in the media. Hollywood Life wrote:

She made headlines on September 19, 2014 when a report claimed that Khloe had dumped ex French Montana for having a secret “texting relationship” with Malika behind her back.

These reports were not confirmed by Malika, French Montana, nor Khloe, though Malika posted this message on Instagram just hours after the reports came out:

2. Khloe Freaked Out When a Drunk Malika Tried to Kiss Her

On Kourtney And Khloe Take The Hamptons, Malika and Khloe get drunk and Malika tries to kiss Khloe. Khloe freaks out a little bit about it and tells her sister Kim:

Well last night was very interesting. I was taking care of Malika and like dealing with her, she just got tipsy and she like tried to make-out with me last night.

Check out the footage in the above video clip.

3. She Used to Have a Crush On Rob Kardashian

KUWTK | What a Tease | E!Khloé rags on Rob and Malika about their close relationship–but will her teasing during a family dinner go too far? For the hottest E! videos, subscribe here: https://www.youtube.com/user/EEntertainment #KUWTK #KeepingUpWithTheKardashians #EEntertainment #KimKardashian #KhloeKardashian #KourtneyKardashian #KylieJenner #KendallJenner #KrisJenner SUBSCRIBE: http://bit.ly/Eentsub About Keeping Up With the Kardashians: “Keeping Up with the Kardashians” takes viewers beyond the headlines and into the stories that dominate the news cycle. Only E! has the untold story behind every Kardashian moment and every moment is bigger than you know. All-new episodes Sundays at 9/8c! Connect with the Kardashians: Visit the KUWTK WEBSITE: http://www.eonline.com/shows/kardashians Watch the KUWTK Full Episode: : http://www.eonline.com/now/keeping-up-with-the-kardashians/full-episode Like KUWTK on FACEBOOK: https://www.facebook.com/kuwtk/ Follow KUWTK on TWITTER: https://twitter.com/KUWTK Follow KUWTK on Instagram: https://www.instagram.com/kuwtk/?hl=en About E! Entertainment: E! is on the Pulse of Pop Culture, bringing fans the very best original content including reality series, topical programming, exclusive specials, breaking entertainment news, and more. Passionate viewers can’t get enough of our Pop Culture hits including "Keeping Up with the Kardashians," "Total Divas,” and “Very Cavallari.” And with new original programming on the way, fans have even more to love. Connect with E! Entertainment: Visit the E! WEBSITE: http://eonli.ne/1iX6d8n Like E! on FACEBOOK: http://on.fb.me/1fzeamg Check out E! on INSTAGRAM: http://bit.ly/EInsta Follow E! on TWITTER: http://bit.ly/EEntTwitter KUWTK | What a Tease | E! http://www.youtube.com/user/Eentertainment2010-09-22T21:59:21.000Z

When we followed Malika on Khloe’s spin-off reality show Khloe and Lamar, we saw her chemistry with Rob Kardashian, who she lovingly would call Robert. Sometimes Malika and Rob’s friendship would cross the boundaries of flirtation and it was clear that Malika was smitten with him. When Rob got unexpected news that he may have impregnated a girl he had a fling with, Malika was devastated. Though the girl later told Rob that she “lost the baby,” it put Rob in a new light for Malika and she put the breaks on a bit.

to check out some of the cool socks you can buy from the line.

4. Malika Has an Identical Twin Sister

Khadijah Haqq is the identical twin sister of Malika, who we’ve seen a few times on Keeping Up With the Kardashians as she’s friends with the family as well. Khadijah and Malika have actually worked together in movies as well. Born Rich reports:

Malika Haqq is known for her role as Penny in the 2005 film Sky High co-starring her twin, Khadijah Haqq.

While Malika is still single, Khadijah has a family with her football star husband Bobby McCray and their son Christian.

5. When Khloe Was Going Through Her Break Up With Lamar Odom, Malika Was There For Her

Khloe and Malika, along with her sister Khadijah, have been best friends since they were around 15 years old. Khloe talked about how they first met on her blog, writing:

Malika was dating one of my male best friends. He would always keep us apart because I am sure he knew we would just hit it off. One day we met and we did. Malika and Khadijah have been my best friends ever since.

While Khloe was dealing with her rocky relationship to Lamar Odom, Malika was there for her and even reached out to Khloe’s sisters when things would get to rough. For example, when a spontaneous rap video that Lamar and his friend Jamie recorded about Khloe leaked, Malika reached out to Khloe’s sister Kim for help. The video had Lamar rapping about how he would cheat on Khloe whenever she was out of town. It was truly disrespectful and seemed to be the nail in the coffin for their marriage. 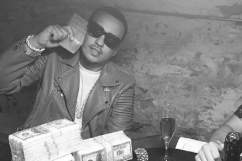 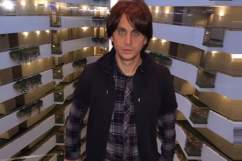 Read More
Celebrities, Instagram, Khloe Kardashian, Reality TV, TV
Read on for all the details on Khloe Kardashian's BFF Malika Haqq, the ups and downs of their friendship, Malika's twin sister, and her dating life.