SkinnyShirt entered the Shark Tank on January 9. The shirt, which looks like a button-down, but is a collar attached to a tight-fitting shirt, can be worn under sweaters to give women a neater option.

Heavy interviewed founder Julie Kalimian about her start and how she looked to Shark Tank for assistance.

1. The Founder Has 4 Young Children

The sleepless nights mothers have to endure when their children are young paid off for Kalimian who used that time to dream about her future company. She would think about it at night while she rocked her kids to sleep. “It gave me time to focus on how to develop my product. Also, when I would be at the pre-school parking lot I would make lots of calls and use my computer. I really used all the moments around “mommy time” to work on my business,” she said.

As far as her business background is concerned, she is definitely qualified to start a company. Her focus was on publishing in the sales, marketing and business development aspects of the industry. “Then, in the early years of the internet I went to work for one of the biggest online networks at the time, CNET,” she said. her last job before leaving the corporate world was serving as the VP of Marketing at Newsweek Magazine.

Having been in the corporate sector for so many years, Kalimian missed the collaborative efforts she was used to, so she enlisted the aid of her friends and sisters. The women were all more than willing to help. ” It is so nice how supportive folks are. I guess it is basically that most people really do believe in and support the American Dream. I know it sounds cheesy, but I think it is true,” she said.

She still values the women’s opinions and frequently sends them picture from photo shoots as well as new product ideas.

3. She Was Hurt By Manufacturers & Almost Closed

Her business was negatively affected early on, which actually led her to look to appearing on Shark Tank. “I had been taken advantage of by a few shady manufacturers who short shipped me and sent me sub par merchandise all while taking a 50 to 70 percent deposit on goods,” she explained.

At that point, she sought out the show to save her business. “…I thought going on Shark Tank may be my only chance to make SkinnyShirt the success I know it can be,” she said. 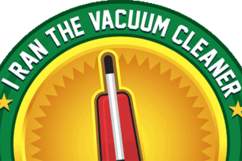 Women face the problem of wearing a collared shirt under sweaters and getting a bulky. The SkinnyShirt eliminates that while giving a slimming appearance.

It is made of 97% cotton and 3% spandex and comes in long or no sleeves.
Besides the classic shirt, which ranges in price from $49 to $76, there is a maternity collection as well as one geared towards teenagers.

When asked if she was inspired by Spanx, Kalimian said:

Who is not inspired by Sara Blakely? She is a true American dream story. However, I was not specifically inspired by Spanx. My product has a shapewear component, but Sara made shapewear pervasive. So, I think SkinnyShirt is the evolution of the button down shirt– sorta like when they added stretch to jeans.

5. Julie Hopes to Get the Shirts Into a Big Box Retailer

She explained, “We do well with lots of different retailers. Right now, SkinnyShirt is mainly in boutique stores and online retailers. Both of which do well with SkinnyShirt. We have an order with QVC for February. I would love to get into a big box retailer.”