TNA is enjoying a fresh start for 2015. Dixie Carter’s wrestling company has a new channel to call home (Destination America) and now they’re looking to shock the world of wrestling once again. They seem to have succeeded pretty early, as footage of current TNA star Jeff Hardy getting reportedly legitimately knocked out has surfaced online.

You can check out the shocking footage in the video posted above. Jeff’s brother Matt Hardy took to Twitter to voice his concerns for his brother and speak to his fans:

Appreciate your concerns for Jeff.. Last night he was legit hurt but we won't know how bad until he has some scans done. That's the update.

While Jeff’s super legit looking fall from the top of that cage looks real, some sites are reporting that this is all a part of a wrestling angle. PWInsider.com in particular reported that Jeff’s knockout angle was done to set up and explain his absence from a future UK tour for TNA:

The spot was completely planned and is Hardy’s storyline injury exit from the company as he cannot travel to the UK tour due to his 2009 drug conviction as it prevents him from entering that country. The “injury” is TNA’s way to explain why he won’t be on the multiple weeks of TV that will be taped next month in Great Britain. The Lockdown episode, including Hardy’s “injury” airs on 2/6. The next episode 2/13, will be taped in the UK.

Fans at the live taping where this event occurred noted that TNA wrestler James Storm attacks Jeff Hardy as he was being helped from the ring. Wrestling fans know that a seriously injured wrestler wouldn’t involve himself in a post-match attack, so it’s safe to say that this fall was just an angle after all. 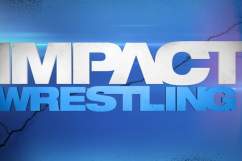 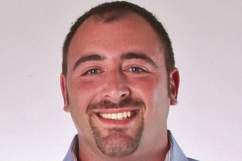