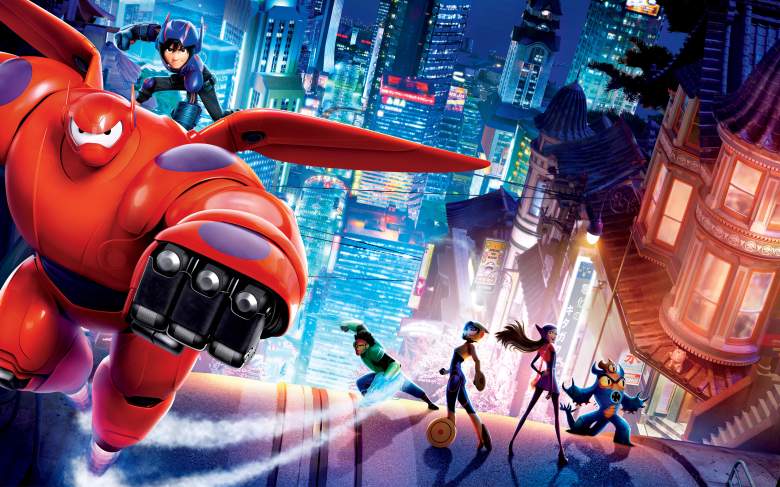 Another week, another slew of new DVDs, Blu-Rays and video games to conquer. This week ending February 24, 2015 will see the DVD and Blu-Ray movie release of Disney’s newest and biggest animated films, the final season of one of TV’s most recent biggest dramas, and two major video game console exclusives — one of the PS4 and one for the Nintendo Wii U. So, it’s safe to say that this is a big week for new DVD releases and new games, and this post is certain to be NSFW (not safe for wallet).

All DVD and video game releases will be released on what I like to call New Media Tuesdays — in this case, February 24, 2015 — unless otherwise noted. Here are the new DVD and game releases coming this week:

Join Marvel’s first Disney animated film inspired by Marvel Comics’ Big Hero 6 and enjoy it in your living room. Fall in love with Hiro, a 14-year-old robotics genius who sees an unfortunate life change which inspires him to re-purpose his brother’s Baymax, a robot aimed at bringing good health to its owner. But instead of trying to bring good health to those around him, Hiro uses Baymax to track down the man responsible for his unfortunate situation to bring him to justice, creating a superhero team with friends. Big Hero 6 earned a whopping $219.4 million in North America with another $301.8 million in other countries, becoming the fourth 2014 film released by Disney to gross over $500 worldwide. And, there’s a reason people are going to see it — because it is a great movie that the whole family will love.

2. Sons of Anarchy: The Final Season

If motorcycles and bike gangs are your thing, you’ve likely already seen the first 6 seasons of FX’s fantastic hit drama Sons of Anarchy, which stars Charlie Hunnam and Katey Sagal. Now, take home the final season that contains a shocking series finale episode that will leave you gasping for air.

The first WWE PPV of 2015 saw Brock Lesnar face Seth Rollins and John Cena for the WWE World Heavyweight Championship, and also the WWE’s annual 30 man Royal Rumble match, which is always a hoot. This year’s Rumble might have resulted in the worst-received Royal Rumble in wrestling history, but how it got the conclusion is well worth the watch.

Whiplash is the story of a promising young drummer who enrolls at a cut-throat music conservatory where his instruction is a borderline monster/musical genius that will stop at nothing to bring the student’s potential into fruition. The film stars Miles Teller (Spectacular Now, Divergent) and J.K. Simmons (Spider-Man, Juno), and the duo makes magic on the screen together.

The Order: 1886 is the first major PlayStation 4 exclusive to hit in 2015, and if early indication is anything to go by, it is quite a formidable game. The game is set in an alternate history London where an old order of knights fight off half breed monsters that are half man and half monsters. The game is heavily story-driven and graphically looks fantastic, as noted in our review of the game.

Kirby has always been the unsung hero of Nintendo for quite some time, always standing in the shadows of Mario’s stardom. Now, after a big year for Mario in 2014, Kirby makes his Wii U solo game debut with Kirby and the Rainbow Curse, a game with a unique modelling clay design that gives Kirby yet another new look. Players will use the Wii U Gamepad to help Kirby traverse the levels by drawing rainbow colored lines on the touchscreen to guide him. Kirby and the Rainbow Curse is sure to be a Nintendo fan favorite for 2015.

Hyperdevotion Noire: Goddess Blak Heart is a PS Vita tactical RPG game that was first released in Japan last year, and is making its way to the West — typical of many PS Vita games. It is the forth game in the Hyperdimension Neptunia series (excluding spin-offs), and it’s quite popular in Japan. Don’t let the boob-tacular cover design fool you, though — the in-game characters are not in the style of the Dead or Alive franchise. It’s hard out here for a PS Vita owner, but at least you’ll now have something new to play.