Bob Odenkirk is starring in the long-awaited Better Call Saul, which is the prequel to Breaking Bad, set six years before Saul Goodman meets Walter White. The show shoots in Alburqurque, just as they did for Breaking Bad. Odenkirk stated on Live! With Kelly and Michael that Better Call Saul is funnier and lighter, but there’s still that same tansion. Saul Goodman is Jimmy McGill, who is working as a poor lawyer and just trying to get by. Read on for the facts on Odenkirk, the man behind Saul Goodman.

1. He Used to Work at Saturday Night Live

Odenkirk started out doing stand-up comedy and actually worked at SNL for four years as a comedy writer. He really only knew comedy, so when he was cast in Breaking Bad, he wasn’t sure how well it would go. His sketch “Motivational Speaker” starring Chris Farley at Second City in Chicago, was named by Rolling Stone magazine as the best SNL sketch of all time. Check out a clip of the original skit above.

2. Odenkirk Originally Turned the Role Down

Odenkirk originally turned down the part of the lead in Better Call Saul and it was actually his kids who convinced him to reconsider. Because the show films in Alburqurque, Odenkirk didn’t want to be so far away from his family. He didn’t thing it was the right thing to do for his kids. When his son heard that he turned it down, he said to his dad, “You’re going to disappoint a lot of people.” And, Odenkirk responded with something along the lines of, “but the most important people I have right here,” to which his son said, “No, my friends.” His son promised to hold down the fort whenever he was away filming and Odenkirk said he was impressed with how his kids stepped up for him.

3. Jimmy McGill Is Working As a Public Defender On the Premiere

Before there was Saul Goodman, there was Jimmy McGill and one of the best quotes from the first episode is this:

I wanna tell you about a young guy, about your age. He lived a long way from here, in a town called Cicero, Illinois. And in Cicero, he was the man. When he strolled by, all the corner boys would give him the high five, all the finest babes would smile at him and hope he’d smile back. They called him Slippin’ Jimmy. And everybody wanted to be his friend.

McGill is struggling as a public defender and his ambition is often at war with his moral compass.

4. Odenkirk Had a Rough Time With His Father Over the Years 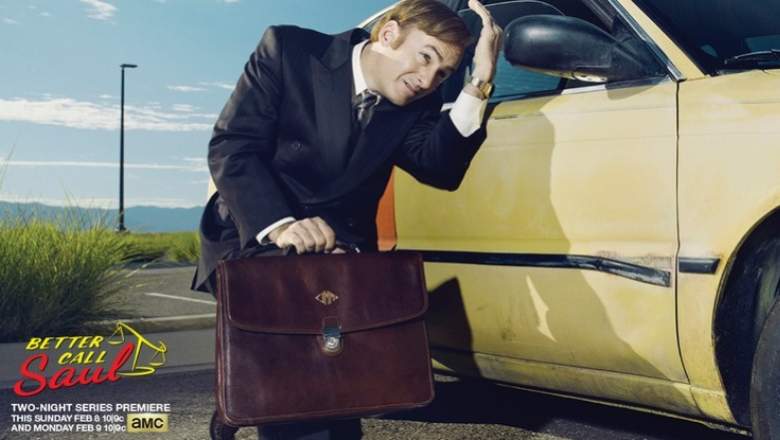 Odenkirk was a child of divorce. His father battled with alcoholism, which later influenced Odenkirk’s decision to avoid alcohol almost completely in life. He later said that he grew up “hating” Naperville because “it felt like a dead end, like Nowheresville. I couldn’t wait to move into a city and be around people who were doing exciting things.”

5. His Brother Bill Is A Comedy Writer As Well

Bill Odenkirk is the younger brother of Bob, who is also a comedy writer and worked as a writer, producer and actor on sketch comedy show Mr. Show with Bob and David, which featured his brother as co-star. Bill has written for additional shows including The Simpsons, Tenacious D, and Futurama. Bill actually has a PhD in Inorganic chemistry and is the co-inventor of 2,2′-Bis(2-indenyl) biphenyl, which is: 2,2′-Bis(2-indenyl) biphenyl is a ligand used to make complexes of titanium, zirconium and hafnium. Zirconium and hafnium complexes made from this ligand were found to be active catalysts for the polymerization of ethylene and propylene.