On tonight’s episode of Undercover Boss, CEO Gigi Butler appears on the show on behalf of Gigi’s Cupcakes. The official synopsis of the episode reads: Gigi Butler, the chief executive officer of Gigi’s Cupcakes, struggles with the pressures of cake decorating while under cover. Butler built her company up, expanding to almost a hundred stores in just six years after her opening the business. She is now the largest cupcake franchise in the world. In 2013, her gross revenue was reported at $43 million. Read on for more details on Butler, her company, and her time on Undercover Boss.

1. Butler Was a Singer Who Cleaned Houses

Prior to opening up her cupcake company, Butler was an aspiring singer and songwriter. Her professional bio reads:

The singer/songwriter moved to Nashville to pursue her dream of a career in the music industry only to discover success in the culinary arts years later. An entrepreneur at the early age of 15 years old, she opened her first business, Gigi’s Cleaning Company and continued that business when she landed in Music City. She cleaned houses during the day and sang at local honky tonks at night. After a decade of pursuing music, Gigi decided to step back and focus on her financial future. She decided to take a chance on another passion – baking.

Butler opened up her first cupcake store location off of music row in Nashville, Tennessee in 2008. She’s also a single mother whose husband left her when her daughter was 4 years old.

2. Gigi’s Cupcakes Was Worried About Paying the Price of Being on the Show 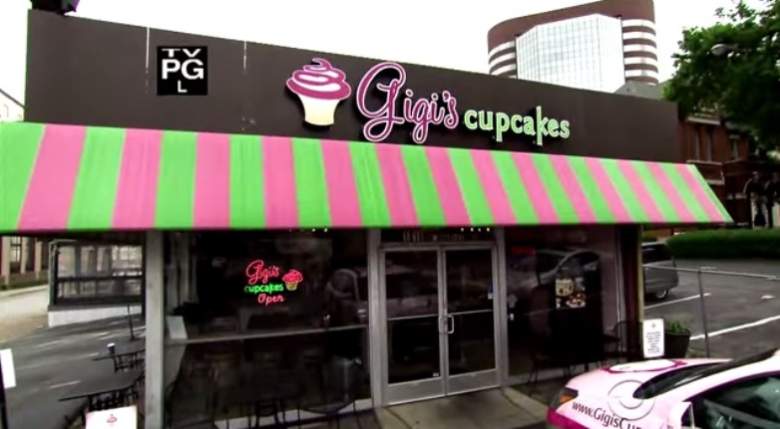 At the end of Undercover Boss, the boss’s pay thousands and thousands of dollars to reward their employees, but Gigi Butler was worried her company couldn’t afford to participate. The Tennessean reported:

Each Undercover Boss ends with CEOs giving selected employees a minimum of $200,000 of gifts, anything from tuition for college to money for home improvements. And Butler wasn’t sure her company could afford to pay that kind of money all at once. Producers persevered, saying the show is essentially a 45-minute national TV commercial for participating companies. Butler eventually found a way to pay the money: Gigi’s Cupcakes is in the middle of a growth spurt that has 25 new stores opening this year.

In the end, Butler helped one employee start a charity and helped another to be able to have children with his wife.

3. On the Show, Gigi Butler Was a Cupcake Decorator, Baker, Cake Manager, and a Customer Service Rep

Each episode, the boss takes on four jobs and Butler was no different. When baking, however, she struggled to keep herself in disguise when an employee told her she didn’t have to follow the company recipe.

4. Butler Has Provided One of her Recipes to Undercover Boss Viewers

Because of her appearance on Undercover Boss, Butler ran a sweepstakes for free cupcakes, but she also posted one of her beloved recipes, Hunka Chunka Banana Love, online to celebrate. Butler told CBS:

When I cleaned houses for a living, I would this bake banana bread recipe and deliver it to my clients as a thank you gift at Christmas time. This recipe became the base of our Gigi’s Cupcakes Hunka Chunka Banana Love cupcake that is still my favorite. I love it so much, I was inspired to do the original bread loaf like I did when I gave it as gifts. And now, that loaf and three other flavors are offered every day at every store. I hope you will enjoy and bake it with love like we do.

Here’s her recipe, featured on CBS:

Preheat oven to 300 degrees. In a large bowl, mix by hand bananas, sugar, eggs and oil in a bowl until well blended. Add flour, baking soda and salt; mix until combined. Fold in pecans and dark chocolate chips. Dip batter into cupcake liners, 2/3 full. Bake for 26 minutes. Test with toothpick or cake tester before removing from the oven.

When cupcakes are cool, pipe the banana butter cream high on top with a pastry bag using a large, round frosting tip. Place frosted cupcakes in refrigerator for 10 minutes until the frosting is slightly stiff.

While cupcakes are in the refrigerator, mix the semi-sweet chocolate chips and the heavy cream in a double boiler. Stir constantly until all the chocolate chips are melted. Place banana chip on top of banana buttercream and drizzle ganache over cupcake.

Share this with your friends and family to enjoy!

Gigi learned her cupcake craft at an early age, being taught unique family recipes dating back to great, great aunts who were bakery owners in Oklahoma. As an adult, Gigi felt that baking was becoming a lost art that needed to be resurrected. Even though people rarely have time to bake from scratch, they still enjoy eating delicious home baked goods, especially ones that remind them of their childhood – like a cupcake.

Unfortunately, because Butler had brown her family into her business, there have been disagreements over the years and they are no longer on speaking terms, which she says “kills her inside.”