Usher Raymond is on the road to the alter once again, but this time with the beautiful Grace Miguel, 47, who he’s been dating since 2009, as first reported by Love B Scott. Miguel is a single mother who was Usher’s manager and Usher opened up about their relationship to Billboard, stating:

I have an incredible partner and manager. She has helped me through some of the hardest times in my life and my career. She’s someone who has been able to support and understand all of who I am. Not just as a dancer or as a performer or as a singer, but as a humanitarian and a businessman and as a person. One thing that has come from having a great partner like Grace is being able to cherish the places that I’ve gone,” he says. “We see the monumental sites, go to the museums, eat in the best restaurants. I’m that guy now! In the past I’d do what I have to do and get on the bus to the next city. Life has become a vacation.

As far as the background on Miguel, her mother is her inspiration, raising her in Brooklyn. Miguel has said:

My mother taught me, by example, very early in my life the importance of giving back. I’ve always wanted to do something that impacts lives.

Before getting into PR, Miguel was actually the executive chef on The Cosby Show. Madame Noire quotes her as saying:

When the show ended in 1992, I knew it was time for a complete change. I had a passion for bringing people together and was socially immersed in the creative scene. I knew a lot of great photographers, musicians and artists so it only made sense for me to transition to music. 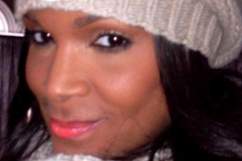