Will you accept this rose? ?#TheBachelor is new tomorrow!

Kelsey Poe is the contestant on The Bachelor this season who no one can stop talking about, even after now, after she’s left the show. Tonight, she appears on the franchise’s special episode titled “Chris Tells All.” For the first time, the show brings back a contestant in a “tell-all” show separate from the “Women’s Tell-All” episode. Poe will talk about how she felt about her portrayal on the show and her infamous “panic attack.” Read on for the facts on Poe and her relationship Chris Soules while it lasted.

1. Soules Felt That Poe’s Panic Attack Was a Bit ‘Off’

When Kelsey Poe seemed to have a panic attack on the show, many of her fellow contestants, along with viewers, felt that it may have been fake. The timing of her panic attack came right after Chris Soules had told the other women about Poe opening up to him about her late husband. Poe seemed fearful she would be sent home and then her panic attack occurred. After watching the episode, Soules told People that:

I will admit, though, that her fainting spell did feel a little off. It’s hard to explain, but the timing did seem strange. However, that wasn’t enough of a reason for me to say goodbye to her that night.

I had no clue what was happening with Kelsey when she was having her “episode.” It wasn’t until someone told me that Kelsey was asking for me that I had any inkling something bad was going on. When I saw her sitting on the floor, I was so worried. I felt terrible that something I said had made her panic. I didn’t realize that telling the other girls about our chat would have that kind of effect on her.

2. According to Soules, He Never Felt Manipulated by Poe

While many of the contestants felt that Poe was very manipulative, Soules said he never felt that way about her, revealing to People:

There’s been a lot said about Kelsey this week. And I know a lot of you are questioning why I kept her around in Santa Fe. What you have to understand is, to me Kelsey seemed like a kind, sweet person with a very sad past. I didn’t feel like I was being manipulated to feel sorry for her, and I was glad when she opened up to me about her past.

3. When Kelsey Poe Opened Up About Her Husband It Made Soules Realize He Didn’t Want to Waste Any Time on the Show

After Kelsey Poe opens up about losing her husband Sanderson to heart failure tragically, Chris Soules thinks about how precious love is and how fragile life can be. In turn, he decides to cancel the cocktail party because he’d already made up his mind about who he was sending home that night. He decided that he didn’t want to waste any of the girls’ time after speaking with Poe. Soules wrote in his blog:

Later that night, I couldn’t shake the heavy feeling I had weighing on my heart. The more I thought about Kelsey’s story, the more I realized how precious time was. I knew that I had already made my decisions about who would be going home, and I didn’t want to waste anyone’s time.

While Poe felt her reveal to Soules solidified her staying on the show longer, she also became worried when Soules canceled the party.

4. Soules Didn’t Feel His First Kiss With Poe Had the Best Timing

When Poe came to Soules to talk about her late husband, the two shared what seemed to be a bit of an awkward kiss. Soules opened up about the situation, stating:

I appreciated that she came to see me and opened up to me, but, watching it now, I don’t understand why she would brag about how good her “story” is. To me, her story is heartbreaking and sad, and I felt really bad for her. I didn’t necessarily feel like it was the right time to kiss her, but it just kind of happened.

Soules also talks about how he had no idea that Poe was so miserable on the group date at the lake and regrets taking her on that date, revealing:

I had no idea that Kelsey was so miserable. She put on a very brave face whenever she was around me, and I totally thought she was having fun. If I had known she felt like she was in a “hellhole” I would have never asked her to come on the date.

The rose is just a rouse #TheBachelor pic.twitter.com/5orN8T5F6E

Though Soules didn’t feel manipulated by Poe, he does talk about the moment he told her fellow contestant Ashley Iaconetti revealed the other girls’ feelings about Poe. Soules wrote in his blog:

The reason I spoke to Kelsey about what Ashley said is because I felt that she deserved the opportunity to defend herself, and I wanted to hear her out. Honestly, there was just something about the way Kelsey was talking that made me feel like she was being insincere. Her responses seemed almost calculated, and I felt the same weird way I’d felt when she was having her panic attack in New Mexico. 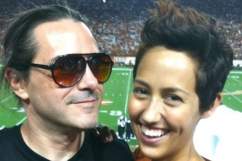 Read More
Chris Soules, Reality TV, The Bachelor, TV
Read on for the facts on former Bachelor contestant Kelsey Poe and her relationship with Chris Soules.