One of Star Trek’s most prolific actors and beloved characters has sadly passed away today (Friday – February 27, 2015). Leonard Nimoy, the veteran actor who portrayed the human/Vulcan science officer Mr. Spock, has left us at the age of 83. Here’s everything you need to know about the cause of Nimoy’s death, as well as a brief look into his history in Hollywood.

1. He Quit Smoking 30 Years Ago, But Passed Away Due to COPD

Leonard Nimoy passed away at his home, which is located in the Bel Air section of Los Angeles. His wife, Susan Bay Nimoy, gave confirmation on his death and noting that it was caused by end-stage COPD (chronic obstructive pulmonary disease). Mr. Nimoy actually told the world about him having this lethal disease in 2014, which came about due to his previous years of smoking.

In 2014, he took to Twitter to announce that he had quit smoking 30 years ago. Before his death, Mr. Nimoy had been hospitalized on several occasions due to his respiratory problems.

Check out the last tweet posted by Mr. Nimoy below:

A life is like a garden. Perfect moments can be had, but not preserved, except in memory. LLAP 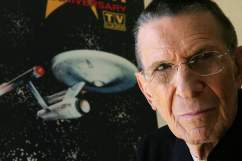 2. He’s Most Famous for his Run as Mr. Spock on the Original Star Trek TV Series

Mr. Nimoy’s most prolific role came as Mr. Spock during his run (1966-1969) on the original Star Trek TV series. He chose to play this character instead of another role that he was in the running for (a character on the soap opera Peyton Palace), which turned out to be a wise decision. The Mr. Spock character became uber popular and his catchphrase (“Live long and prosper”) became well-known among Star Trek fanatics.

3. He Took on Several Other Roles After His Star Trek Run Came to an End

Once Mr. Nimoy left the original Star Trek TV series in 1969, he took on several different TV and movie characters to further his career. He joined the character roster for the TV series Mission Impossible, appeared in the movie Catlow, starred in two episodes of Night Gallery and also acted in a few stage plays such as Vincent and Fiddler on the Roof.

4. He Was Also a Respected Photographer

Mr. Nimoy was also well known for his work as a photographer. Most of his work was showcased around the world in galleries and given page space in several books, such as his own book The Full Body Project.

During an interview with NPR, Mr. Nimoy spoke about his experience taking photographs of people on such large sizes, which the point of his aforementioned book was:

The first time I had photographed a person of that size and shape, it was scary. I didn’t know quite how to treat this figure. And I think that’s a reflection of something that’s prevalent in our culture. I think, in general, we are sort of conditioned to see a different body type as acceptable and maybe look away when the other body type arrives. It led me to a new consciousness about the fact that so many people live in body types that are not the type that’s being sold by fashion models.

5. He Has a Long History of Directing and Handling Voice Acting Duties for a Number of Video Games

Mr. Nimoy also has some legit directing shops. His history as a director can be seen through his work on the following TV shows, stage plays and films – Night Gallery, Vincent, The Powers of Matthew Star, T.J. Hooker, Star Trek III: The Search for Spock, Star Trek IV: The Voyage Home etc. 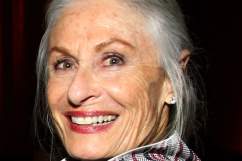