On tonight’s episode of Real Housewives Of Atlanta, Phaedra Parks is accused of cheating by her husband Apollo Nida. Star Cynthia Bailey’s husband Peter Thomas picks up Nida, who then tells him a story of how he looked in Parks’ phone and found text messages that she’d been cheating on him and counting down the days for him to go away to prison. The alleged boyfriend is an African man who Parks supposedly calls “Chocolate.” Nida shows Thomas several text messages on his phone that he says are texts to and from Parks and her alleged boyfriend. The only thing that’s a bit suspect is that Nida sent all the text messages to himself, so there’s no photos of the actual texts on Parks’ phone. And, Nida does have a past of lying.

A few months ago, Parks appeared on The Ellen Show and addressed the allegations, denying that she had an affair. Parks thought the idea of her having an affair with a man named Chocolate was crazy. 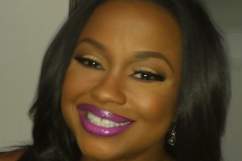 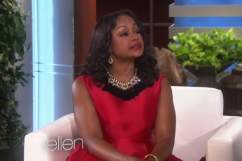