In 2016, the 90’s live-action heroes known as the Power Rangers will be getting their own film reboot. Through their many transformations over a number of memorable (and unmemorable) seasons, the multicolored heroes have remained relevant throughout.

Film producer Adi Shankar put his skills to the test by crafting a fan film dedicated to the Power Rangers. This dark and gritty cinematic fan film rendition you’re going to watch above is incredible. James Van Der Beek stars as the Rocky the Red Ranger, Katee Sackhoff plays the role of the Kimberly the Pink Ranger and the action seen here is blockbuster worthy. Check out the full fan film (entitled Power/Rangers) above.

Director Joseph Kahn spoke with HitFix and noted that this fan film is meant to be a satirical take on Hollywood’s fascination with dark and gritty reboots:

Overall, it’s a very serious thing. The joke isn’t that you’re laughing at each particular scene; the joke is that we did this ‘f**k you’ thing in the first place. You’re going to look at it and you go wow I can’t believe they f**king did that. 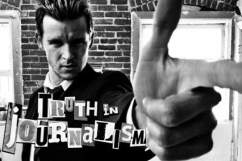 Venom #TruthinJournalism Reveals The Creepy Side of Eddie Brock 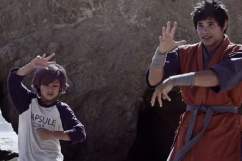