This year, Katy Perry is performing at the 2015 Super Bowl Halftime Show and joining her is special guest Lenny Kravitz. The exact start time of the halftime show is difficult to predict as it depends how the first two quarters of the game go, but it’s estimated to begin around 7:30 p.m. – 8:00 p.m. EST. It should end around 8:30 p.m. and be followed by the second half of the game, which should run until 10:00 – 10:30 p.m. EST. And, whenever the game ends, a special premiere episode of The Blacklist will immediately air.

Perry and Kravitz aren’t the only celebrities performing at the game as Idina Menzel is set to sing the National Anthem while John Legend will be performing “America The Beautiful.”

NBC Sports has a free live stream available for the game, which you can see by clicking here and coverage begins on Sunday, February 1, 2015 at 12:00 p.m. EST. At 6:00 p.m. EST, the coin toss and National Anthem will occur.

Here’s how to watch the game and halftime show online and via mobile:

NBC Sports is streaming the game — along with pregame, halftime and postgame coverage — free via NBC Sports Live Extra. Unlike regular season broadcasts, you do not need a cable or satellite provider log-in to access the stream.

NBC’s live stream starts with pregame coverage at 1 p.m. The stream will include a play-by-play of the game, the halftime show starring Katy Perry, and postgame analysis.

Watch the Super Bowl on Mobile

Tablet users can watch the game via the NBC Sports Live Extra App, which you can download in the App Store, the Windows Store or the Google Play Store.

NFL device restrictions prevent NBC from streaming the game on mobile phones, but if you have “The More Everything Plan” from Verizon, NFL games can be streamed live on the NFL Mobile app for $1.99 per month. 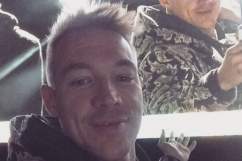 Katy Perry Boyfriend Diplo: Are They Still Together?