Tonight is the finale of the 2015 season of The Bachelor and the reported winner is … Whitney Bischoff. While some of Soules’ family believes he wants to pick Becca Tilley, others said he was split right down the middle in his decision. Nonetheless, Reality Steve reports that Soules is engaged to Whitney Bischoff who cries as she tells Soules’ family how much she’s in love with him. On the finale episode, Tilley expresses that she cares deeply for Soules, but doesn’t know if she’s ready to get engaged. When Soules was picking out an engagement ring with the jeweler on the finale, he said:

I think that any man that’s ever proposed, if you didn’t sit and question, ‘Is this the one that you’re meant to be with for the rest of your life?’ then I don’t think you’re a human. Should I even go down that road? Should I even let myself make a decision like this in the type of crazy state of mind I’m in right now?

As far as how the dates go on the episode, Reality Steve wrote that the final rose ceremony went down at a barn owned by Soules’ parents in Lamont, Iowa and the address is 4875 30th St., Lamont, IA 50650. Reality Steve also stated:

The meet the parents dates and each girls’ last date with Chris were all back in Iowa. I’m almost positive that all these dates took place near or in Chris’ hometown of Arlington, Iowa.

(SPOILER): Chris currently on his last date in Strawberry Point, IA. They were just seen walking in front of the Franklin Hotel.

The first date Soules had on the finale was said to be with Tilley. Here’s a short video of the two taking a stroll on their date below:

E! Online has reported that the winner of tonight’s finale has made adjustments to her job to be with Soules and it was reported recently that Bischoff had left her job. Chris Harrison told E!:

I feel like at the very end everyone will say, ‘Good, bad, no matter what you think of all the choices he makes along the way, he left everything out on the field.’ He really put his heart into this. He really put everything he had. He isn’t a Juan Pablo. He wanted to walk away with a wife. 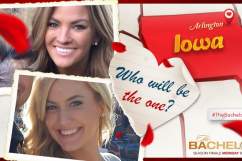 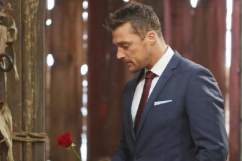 Read More
Reality TV, The Bachelor, TV
Tonight is the 2015 finale of The Bachelor, where Chris Soules picks the winner. Is it Becca Tilley or Whitney Bischoff? Read on for the episode spoilers.