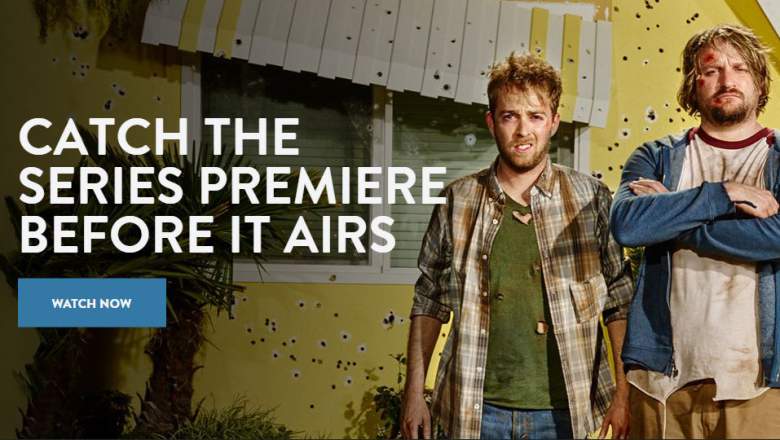 Ben Stiller found these guys, Alex Anfanger and Dan Schimpf, in the backwater of Hollywood, Florida — and he just may have discovered comedy gold. Two slacker brothers trying to make epic movies in their garage get kicked out by their parents — the well known faces of Kathy Bakerand Stephen Tobolowsky — google them, they will be familiar. Their ruse to get mom and dad to take them back is drug addiction — can you say “intervention!” — but it quickly spirals downward into a comedy of errors, literally ending up with Ben Stiller, the local 12-step inspirational speaker, in a pool of blood at an FBI drug stakeout set up by mom — she’s a butterball badass.

Our friends at Comedy Central have made the entire first episode available exclusively for a limited time. Check it out above and don’t forget to tune in to catch Big Time on Comedy Central on Wednesdays at 10:30 EST/9:30 CST starting March 25th.