BrandYourself, a website that allows people to manage their online profile, entered the Shark Tank on March 20th. Heavy interviewed CEO Patrick Ambron, who appeared on the show, about his company that grew from four employees to 60 in a year and a half.

It all began when one of the co-founders, Pete Kistler, was applying for an internship, and realized that when potential employers Googled his name, a sex offender and a prisoner came up.

Knowing that his classmate Ambron had experience in SEO, he called upon him to help solve the problem. During college, Ambron helped local businesses with their web design and ensured that the sites showed up high in Google.

The company started in Syracuse, and relocated to Manhattan two and a half years ago. “We started the company in 2010ish, and stayed in Syracuse because we had a lot to figure out. We’d never built a product before or done any of that stuff, so the cost of living and all of that made it a really good place to have a busines,” Ambron said. 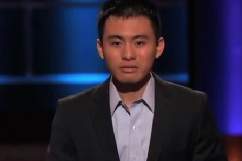 2. Their Company Helps You Put Your Best Foot Forward Online

The mission of the company is to make sure their clients are featured in a positive light online. When someone Googles their customers, the results on page one should be professional. “People don’t realize that there are these places on the web that exist just to say bad things about people and they rank real high,” Ambon said.

He explained that it is a guarantee that a person will be searched on the internet. “You’re going to be looked up online. People look you up whether they’re trying to hire you, work with you or even just go on a date with you,” he said. “Obviously if you have something there that is damaging, that’s a bad place to start.”

TONIGHT'S the night! @BrandYourself will be on @ABCSharkTank at 9/8c #sharktank #brandyourself pic.twitter.com/ZyxALojNRt

That surge all started with a push from a Mashable article. “It really took off and got featured everywhere, and other places started picking up the story because of how much it was trending on there. And then all those users together were sharing it, so it created this snowball effect,” Ambron said. 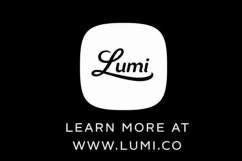 4. They Have Services in Addition to the Software

Ambron and Kistler created the original version of the software, but they have perfected it over time with a team of people.

The product is free for users, and allows you to submit up to three sites that you want to show up first on Google searches, like your LinkedIn profile or personal website. BrandYourself will tell you where these rank, how search-engine friendly they are and how to make them rank higher. It also keeps track of your first page on Google and if something happens to change it.

However, for the full package, it costs $100 a year, and allows you to manage more than three sites. You can also find out who Googled you, not their name, but where they Googled from. 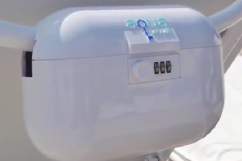 5. They Now Have Half a Million Users

This number is impressive since January of 2015 was the first time they hired people to do their marketing.

When asked how he thinks people learn about their service, Ambron said, “To date, it’s been word of mouth and occasional press, but we’ve been lucky that people like the product and tell other people about it.”