Nick Gordon’s mother Michelle reached out to Dr. Phil to sit down with her son and help him with the situation he’s been dealing with for weeks. But, the topic of conversation isn’t just about Gordon’s finding Whitney Houston’s daughter Bobbi Kristina Brown unresponsive in the bath tub. Gordon is dealing with a lot of issues and Michelle fears for her Nick’s life. Read on for the details on Michelle Gordon and her troubled son.

1. Michelle Gordon Contacted Dr. Phil Because of Nick’s Drug Use

Trying to wrangle a koala in Australia. #tbt

Though Michelle was in contact with her son Nick, he had no idea she had flown from Orlando to meet with him and Dr. Phil. DrPhil.com reported:

Michelle says she fears for her son’s life, as he battles drug and alcohol addiction and has become increasingly self-destructive.

During the intervention with Nick and his mother, Dr. Phil felt that Nick Gordon was not sober and told him he needed rehab. Nick agreed. 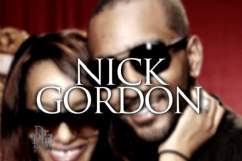 2. Gordon’s Mother Says He Has a Ton of Guilt About Bobbi Kristina’s Tragedy

I should've gotten faster for CPR :(

One giant issue that Michelle Gordon said her son has been dealing with is guilt. He’s received so much negative publicity and backlash since Bobbi Kristina’s tragic accident. He has tweeted about his regrets and blaming himself for her condition. In addition, Michelle says she believes that Nick also tried to revive Whitney Houston when she was found in the bath tub three years ago. Nick said he tried to administer CPR. The Houstons have reached out to Dr. Phil and said that Nick did not administer CPR to her.

Michelle says Nick feels that he’s failed Whitney Houston, who he says asked him to protect her daughter.

3. Whitney Houston Reportedly Took In Gordon When His Mother Couldn’t Care for Him

Whitney Houston took in Gordon when he was a child after learning that his birth mother could no longer care for him. From that point on, Gordon and Bobbi Kristina Brown treated each other like brother and sister, calling each other “brudda” and “lil sis” on social media into their adulthood. Even so, Gordon and Bobbi Kristina engaged in a romantic relationship and eventually referred to each other as husband and wife.

Nick had said that he was in high school and his mother had kicked him out of the house when he began living with the Houstons.

4. Gordon Tells His Mother That He Can’t Lose Bobbi Kristina AND Whitney Houston

When sitting down with Dr. Phil, Gordon cries to his mother that he feels he’s lost both Whitney Houston and Bobbi Kristina. The official synopsis of the episode reads:

With his mother, Michelle, at his side, Nick expresses to Dr. Phil the mental anguish he says he has been suffering since Bobbi Kristina was found unresponsive in a bathtub in January, as well as from the tragic loss of Whitney Houston three years ago.

5. Her Son Has Had Difficulty Dealing With His Issues With Bobbi Kristina’s Family

Bobby if you where in her life as a dad at least a part time one you could've helped out a lot. Thanks for all your help

Nick Gordon has a very rocky relationship with the Browns and the Houstons, to put it mildly. This has been difficult for him to deal with while Bobbi Kristina Brown remains in the hospital and he has not been able to see her. In response to what he’s heard in the media and from the family, here are a bunch of the tweets he’s posted about Bobbi Kristina’s family.

That family has the nerve to blame me when I saved her life, I haven't seen most of them in 8 years then they come when she needs me themost

If her father @KingBobbyBrown really cared about his daughter. Play a tape recorder with my voice her fav music LET HER WAKE UP

My heart is full of angry after the Browns have shut me out they don't even know her. Sabotage.

@nickdgordon this is a test to see who is for her and who is against her. When she awakes, those Brown's and Houston's are Done!

Bobby seen his daughter 4 times in the last 5 yrs