Olivia Culpo is Miss Universe 2012, a 5′ 5″ beauty, who is also a former Miss Rhode Island and Miss USA. Culpo, 22, is also the girlfriend of heartthrob Nick Jonas, who has been having a very successful year with his hit singles “Chains” and “Jealous”. The two met at the 2013 Miss USA competition that Jonas was co-hosting and they’ve been dating ever since. Read on for the facts on Culpo and her relationship with Jonas.

The song “Jealous” was actually written because of Culpo after Jonas was out with her one night. He told Us Weekly:

We went out one night and this guy was looking at her for a little too long. It was uncomfortable. I’m not a jealous person and this was an experience that I was one or two drinks in. I really got into it and then I decided to let me just process this a different way and go into the studio and write this song.

Culpo went on to star on the song’s music video. 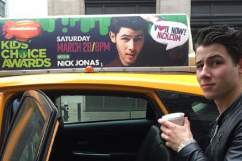 2. It Appears As Though Jonas Lost His Virginity to Culpo

Steppin' out with my baby ❤️?? @nickjonas

For years, Nick Jonas wore a purity ring to symbolize his virginity and staying pure until marriage, but in this case, it was until he met the right girl. In November 2014, Jonas sat down with Wendy Williams and opened up about his virginity, revealing:

Am I still a virgin? No. As I said I’m an adult in all ways. I’m comfortable with who I am.

In another interview, Jonas stated that he lost his virginity at age 20. He began dating Culpo at that age. You do the math.

According to Celebrity Net Worth, Culpo has a fortune of just $500,000. It was reported by Travelers Today that:

Adding to Olivia Culpo’s net worth is her alleged restaurant, “Fat Culpo Burger” chain located in Washington. She also owns a Vodka brand named “Pure Wonderculpo” in the United States. In addition, Culpo has her own perfume called “With Love from Olivia” and a clothing line called “Olivia Culpo Seduction.”

However, we have not been able to track down any of those brands or companies.

4. Culpo Thought Jonas Was Going to Propose at the 2015 Miss Universe Pageant

At the 2015 Miss Universe Pageant, Nick Jonas was performing and at one point, he knelt on the ground in front of Culpo and held her hand as his serenaded her. In the moment, Culpo thought Jonas was going to propose. Nick talked about the confusing moment for Culpo in a radio interview with Capital FM, stating:

I think she thought, because I got down on one knee, she was like, ‘What are you doing?

5. There Was a Rumor That the Two Were Getting Engaged On Valentine’s Day

During the holidays, rumors were circulating that Jonas planned to propose to his girlfriend on Valentine’s Day, but they were proven false. A source had told Star Magazine:

Nick has been ring shopping for months and wants to pop the question to the Miss Universe 2012 titleholder during a romantic dinner. The entire Jonas family is in on the big secret. Everyone adores Olivia and thinks they are perfect for each other. Nick’s never been the player type. He values his religious beliefs and knows that he’s ready to settle down.

After the rumors came out, Jonas stated:

At some point. It would be ideal [to settle down], but we’re still quite young and we’re going on a journey.