Ryan Seacrest was seen stepping out with a new lady friend in New York recently. She’s been named as model and single mother, Renee Hall. Seacrest, meanwhile, has recently broken up with model Shayna Taylor just before his 40th birthday party in December 2014.

1. She Was Introduced to Seacrest by the Founders of Guess

On her website, Hall writes that she has a young son named Levi. The TMZ report says that the couple met through mutual friends, Guess founders the Marciano brothers. During their weekend dating in New York on March 7, the couple took in the Museum of Modern Art. In her latest Instagram post from March 9, she wrote, “And life gets more exciting with each passing day, love is either in your heart or on it’s way.”

On her website, Renee Approximately, Hall says that she lives in Nashville. She set up the site “as a place to express my inspirations, fashion, beauty, travel, and motherhood.” On her Facebook, Hall says that she lives in Franklin, Tennessee. On her page she describes her job as being a stay-at-home parent. Hall adds that she’s a Christian and supporter of the Democratic party.

3. On Her Blog, Hall Calls a Photographer Named Zachary the ‘Love of My Life’ & the Father of Her Son

On a WordPress blog which she hasn’t updated since April 2011, Hall says that she’s married to a man named Zachary. She regularly posted pics on the blog of the couple laughing and kissing, as well as playing with their son. On that site she writes that he’s a photographer. She says about her husband:

My husband Zachary is a wonderful, the bees knees. such a fantastic support hes the love of my life. We have brought a beautiful baby boy named Mister Levi into this world who we absolutely positively adore and love. did I mention we adore him?

In a 2012 photo shoot the family did, the photographer, Ariel Renae, said, “This family is way too adorable. The Hall’s are a rad little fam. Levi is a doll and Renee and Zach are amazing with him. Shoots like this make me happy.”

Hall calls TV presenter Alexa Chung one of her “favorite style icons.” In a posting on Renee Approximately, Hall writes about her experiences at New York Fashion Week. Writing about Chung, Hall says, “She’s hilarious and witty! Her pieces include a beautiful assortment of denim dresses, shirts, overalls, and basics. I love how the remind me of the 70’s only more feminine; certainly something the modern woman can wear.”

5. Seacrest Broke Up With His Last Girlfriend in December 2014

On December 5, it was reported that Ryan Seacrest had dumped his previous girlfriend, another blonde model, Shayna Taylor. The couple split just before his 40th birthday. Around that time, Seacrest showed up at the GQ Men of the Year party with a mystery blonde. According to her Instagram activity, Hall was in North Carolina, not in Los Angeles, where the GQ party took place. During Seacrest and Taylor’s relationship, it was known, as detailed in the above video, that Seacrest enjoyed the company of other women. 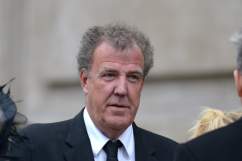