One of the creators of The Simpsons has died at the age of 59. Sam Simon was a producer on the legendary show since its inception. He left the show in 1993 after numerous disputes but retained his producing credit.

1. A Rep for Simon Said His ‘Voice Will Forever Echo in Our Minds’

TMZ reports that Simon died at his home in Los Angeles on the morning of March 9. Reps for the comedy legend told TMZ, “For those of us who knew him, his voice will forever echo in our minds; his sense of humor will continue to make us laugh; and his compassion and generosity will continue to impact our lives.”

2. Simon Had Been Battling Colon Cancer Since 2012

Simon pictured during the 2008 World Series of Poker. (Wikipedia)

He had been very public about his battle with colorectal cancer since being diagnosed in 2012. In June 2013, he gave an interview to the Hollywood Reporter where he spoke about his treatment, he told them:

It’s basically one week of chemotherapy on, one week off. It used to be that when I was off, I would bounce back and start feeling good. But I get every possible side effect — fatigue, nausea — and the chemo accumulates in your body, so today and tomorrow are, like, my two good days for the month. So I’m feeling pretty good today, and, you know, we shall see.

Simon added that he was still working a half-day on FX’s Anger Management with Charlie Sheen.

3. He Spent Millions on 4 Boats That Prevent Whaling & Illegal Fishing

Sea Shepherd’s newest ship, the Sam Simon, is moored at Circular Quay in Sydney, on August 31, 2013. The former Japanese fisheries vessel was donated by The Simpsons co-creator Sam Simon. (Getty)

Simon set up the Sam Simon Foundation, a dog charity, which was worth $23 million at the time of his death. He was a vegan. Since his diagnosis, he had been hurriedly spending his money on various animal causes. Simon told Hollywood Reporter that he was “never that hands-on” with his charity work. In 2012, he bought a Sea Shepherd boat, vessels that are designed to hinder whaling and illegal fishing.

He was a native of Los Angeles and counted Groucho Marx among his neighbors growing up. His career in show business began as a showrunner on Taxi in the 1970s. In 1993, after frequent fights with fellow Simpsons’ producer James L. Brooks, Simon left the show because he “wasn’t enjoying it anymore,” according to an interview he gave to CBS News. Before leaving he signed a lucrative deal that saw him retain royalties from subsequent episodes and merchandising. His name appeared as a credit on the show ever since he left.

Last night I lost my best friend, my love, my hero, my everything. My heart is truly broken. I will miss you. I ❤️u pic.twitter.com/BElvuwjBe0

He was married to Playboy model Jamie Ferrell for three weeks in 2000. According to her profile at the magazine’s website, she was Miss January 1997. On Ferrell’s website, she brags that she previously dated Jack Nicholson. Another of Simon’s former wives, actress Jennifer Tilly, was highly supportive of him and involved in his fight against cancer. She gave an interview in 2014 where she spoke about Simon’s “tremendous spirit.” At the time of his death, Simon was dating a make-up artist named Kate Porter. 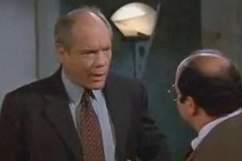 Read More
5 Fast Facts, Breaking News, Deaths, R.I.P., The Simpsons
Sam Simon, one of the creators and executive producers on The Simpsons, has died of colon cancer. In his last years he spent much of his considerable fortune on good causes.