Becca Tilley and Whitney Bischoff are the final two contestants vying for the heart of Chris Soules on The Bachelor 2015, but Reality Steve reports that Whitney Bischoff is officially engaged to Chris Soules. Plus, there have been clues in the media like Tilley appearing hesitant about the idea of getting engaged on the finale or hearing that Bischoff has quit her job as a fertility nurse. Wetpaint reported that though she quit her job, she has taken another, stating: Whitney did quit her job at the Fertility Centers of Illinois, but she’s since started a new one in marketing for a lab in Highland Park. E! Online further reported that the winner who is engaged to Soules has “made adjustments” to her career. Sounds like it’s Bischoff, doesn’t it?

Backstage after the Women Tell All special, Chris Soules admitted that he is indeed in love and is engaged. One thing that Soules has said over the past few weeks is that he loves that Bischoff looks like a mother because he wants to settle down and raise a family. He’s also very intrigued by Tilley and has a lot of respect for her decision to stay a virgin until finding “the one.” Us Weekly reported:

The reality star wasn’t convinced that Chicago-based Bischoff could happily pick up her city life and her career as a fertility nurse to relocate to the tiny hometown of Arlington, Iowa. Tilley raised other concerns, as Soules said his relationship with the inexperienced chiropractic assistant “moved much slower than most.”

On an interesting note, while Soules has remained firm all season about his future wife moving to his hometown to be with him, he has told E! Online:

We’re working things out as far as a new lifestyle that is more flexible. We’re really going back and forth between our two homes.

As for what Soules had to say about the finale in his latest Bachelor Blog, Soules wrote:

Everything comes to a dramatic conclusion. I bring both the girls back home to Arlington to meet my family. My family and their opinions mean so much to me. Bringing the girls home to meet them was definitely something I needed to help me in the conclusion of this journey.

Now that you’re brought up to speed on the girls and who Soules is reported to choose as his fiancee, sit back and enjoy the finale of The Bachelor 2015 on ABC at 8:00 p.m. 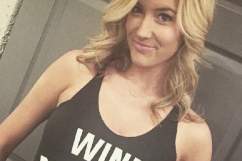 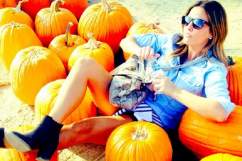 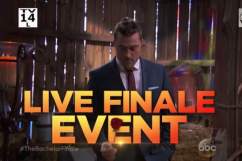 Read More
Reality TV, The Bachelor, TV
Read on for all the spoilers on the 2015 winner of The Bachelor. Is it Whitney Bischoff or Becca Tilley?