Former WCW alumni Hugh Morris (real name Bill DeMott) held the top trainer position for WWE’s NXT developmental brand for several years now. But a flood of allegations against him came to light due to his reported use of physical/verbal abuse against the wrestlers he trained. Bill DeMott has decided to finally step down from his position with the WWE.

Here’s all the details you need to know about Bill DeMott’s unceremonious exit from the WWE.

I deny the recent allegations made about me, however, to avoid any embarrassment or damage to the (cont) http://t.co/1UpTIE1aXi

Over the past couple of days, several wrestlers who once trained under Bill DeMott during their time with the WWE’s NXT brand spoke up against him. Allegations of bullying and health negligence towards the wrestlers training under DeMott’s supervision came to light once again and placed him in a precarious position. Due to all of the rumors circling around DeMott’s harsh training practices, he took to Twitter to announce his resignation from his head trainer role with NXT.

His full statement is as follows:

I deny the recent allegations made about me, however, to avoid any embarrassment or damage to the WWE, I’ve decided to step down from my role effective immediately.

Past WWE employee Hardcore Holly offered his own opinions on Twitter on the allegations brought against DeMott. Holly actually ran into two former NXT talents who alluded to DeMott’s abuse:

2. A Former WWE Developmental Talent Gave His Story on How DeMott Treated Him

Past wrestlers who trained under DeMott’s care spoke out against his abuse of power in years past. One former WWE developmental wrestler by the name of Austin Matelson actually wrote an extensive letter to the WWE about this issue back in March of 2013. He also provided more backstory on the scandal during a radio interview (which has been posted above).

In Austin’s letter to the WWE, he listed a few examples of DeMott’s harsh treatment of the wrestlers he once trained:

– Demott constantly refers to Oliver Gray as Joel Pedophile which personally enrages me because I used to help a Psychology Professor in Los Angeles do lectures for sexually abused children.

– When Dante Dash referred to his finishing move as the Davey boy, as it was utilized by the late Davey Smith who died tragically, Coach Demott makes the following comment, “The Davey Boy? What turning blue and dropping dead on the lawn?”

– Demott also told our entire morning class and Ricky Steamboat’s class to kill themselves just days after we tolled the ring bell 10 times for the late Mike Graham a former star FCW wrestler, who committed suicide.

An unnamed female developmental wrestler also wrote a letter pertaining to DeMott’s harassment during his NXT training. She went into detail about how he covered up the cases of sexual harassment that happened to female wrestlers such as herself. Here’s just a excerpt of what this former female developmental talent had to say about about DeMott’s abuse of power:

The former divas who have spoken out against the instances of sexual harassment have been punished, up to and including being fired in a demonstration of the power Bill has. When our only female advocate in talent relations tried to speak up, she was removed from the position and sent to work in the office. Now that the conversation has been restarted, it’s been made known that she is no longer with the company. At any level, women who speak up for themselves are disposable.

3. WWE Released an Official Statement on The Accusations Against DeMott

Due to the online furor surrounding DeMott, the WWE responded with an official statement. The WWE chose to acknowledge Austin’s claims made in his letter and got in contact with PWInsider.com to make their statement known:

WWE took the accusations made two years ago by Austin Matelson very seriously, conducted a full investigation and was unable to validate the claims. Regardless, WWE continues to reinforce policies and procedures to ensure a positive training environment.

DeMott’s past accomplishments were more prevalent during his time spent in WCW (World Championship Wrestling). After the sale of WCW, DeMott was brought into the WWE as an active wrestler and color commentator until he was released in 2007. After a few years spent on the independent wrestling circuit, DeMott returned to the WWE back in 2011. 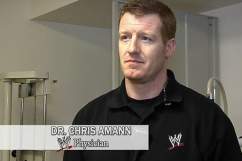 Read More
5 Fast Facts, Pro Wrestling, Wrestling, WWE
The trainer who headed up WWE's NXT program has resigned due to severe abuse allegations. Here's everything you need to know about this scandal.