AJ Lee had been on a extended hiatus since her beef with the Bella Twins back in 2014. Since then, the Diva who defeated her for the Divas Championship the night after WrestleMania 30 has risen up the ranks. Paige has fought her way up and down the Divas roster, captured the title on another occasion and become a fan favorite just like Miss Lee. The Bellas, Brie and Nikki, went through their up’s and down’s. But now that they’ve reconciled their differences, they’ve become a strong unit that’s run rampant over their rivals. Nikki Bella is the current Divas Champion and has stood by her sister as they tormented Paige. AJ Lee has returned to exact revenge on those bothersome Divas. At WrestleMania 31, she’ll team up with Paige to do battle with the twin sisters they loath so much.

We hope this match goes for at least 10 minutes. While we have a strong dislike for the Bellas and their lack of in-ring talent, we’d love to see AJ Lee and Paige take the time to pummel them in front of the WrestleMania crowd. This one will go as expected – the lovable Divas will get a few licks in, then their opponents will get the upper hand and dominate for a few minutes. Soon, the diva-in-peril (we think it’s gonna be Paige) will tag in her fresh partner. AJ Lee will go to town on the Bellas and eventually be the one to make one of them tap out. Paige and AJ Lee will stand tall as the lovable Divas they are as the winners of their tag team encounter.

Our gut tells us that a Fatal 4-Way Divas Championship bout will go down at the next PPV. Paige, AJ Lee, Brie and Nikki Bella will all tear each other apart. The alliances put on display at Mania 31 will truly be put to the test once the Divas title becomes involved. We think AJ Lee’s gonna get another shot as the reigning, defending Divas Champion. The other three Divas involved will chase her over the next few months, but we think AJ Lee will defend it successfully against them all. Paige will be her biggest challenge no doubt, though. And maybe Naomi will pop up as a wildcard challenger. So who do we think will be the Diva to finally dethrone her? None other than the NXT Diva we think will finally land on the main roster this year – Charlotte. WOOOOOOOOO! 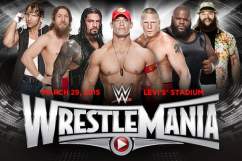 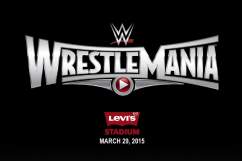