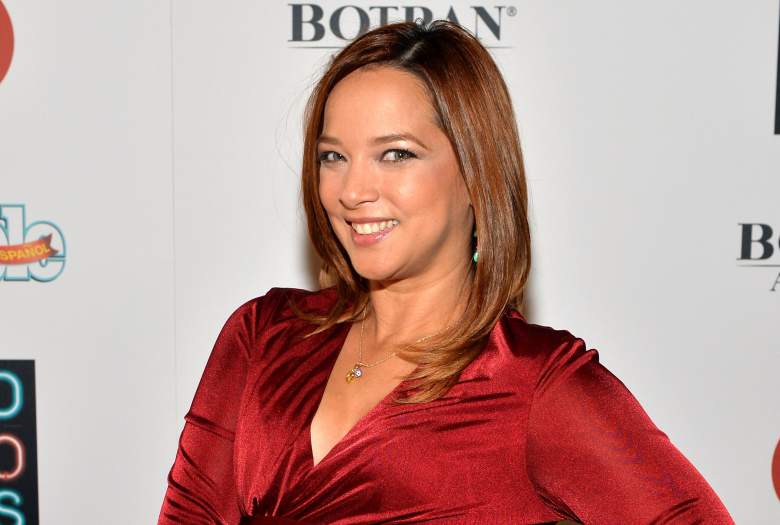 Finally, Adamari Lopez is enjoying motherhood after years of trying to get pregnant. The 43-year-old Puerto Rican actress and co-host of the daily morning show Un Nueva Dia gave birth to a baby girl on March 4, who she and fiance Toni Costa named Alaia Costa-Lopez, at Baptist Hospital in Miami. The arrival of Alaia is something for which many of Lopez’s fans, family, and friends have been waiting for a long, long time.

Lopez is aware of that and created an Instagram account for her precious little one. And to celebrate the first month, Lopez published a super cute photo of her daughter surrounded by Easter eggs and a pink bunny. Apparently, Alaia is going to be as famous as her mother because she already has more than 60,000 followers.

Who would have thought that Alaia was going to cause such a stir? So much that even Lopez is taking two months off from work to be full-time mommy.

Here’s what you need to know about Adamari Lopez:

1. Lopez Held a Press Conference at the Hospital to Talk About the Birth of her Daughter

Lopez has just begun the role of a lifetime: motherhood. The actress is very happy to have giving birth to a healthy baby girl that weight 5.9 pounds on March 4. For a while, Lopez and Costa have been preparing for the big day, starting with the name Alaia. The actress chose Alaia because it means “daughter of God” in the Muslin religion and in Basque means “joyful”. Besides, in her family everybody’s name starts with the letter A.

The actress also wanted to have a natural birth but, it proved impossible. After eight hours of trying, doctors had to perform a C-section.

Despite the change of plans, Lopez is thrilled that the birth of Alaia happened exactly around the time her father Luis Lopez — who passed away on February 9 — used to call her to wake her up to go to work.

Lopez really wanted her father to meet her baby girl. The last few weeks has been very emotional for her but, besides her loss, she is enjoying every moment with her daughter.

2. Lopez & Costa Fell in Love on the Dance Floor While Competing in the Reality Show ‘Mira Quien Baila’

Lopez and Costa met dancing in the show Mira Quien Baila in 2011. The Puerto Rican star would flirt every day with the Spanish dancer. Actually, the feeling was mutual and it was obvious that they liked each other by the way they would dance together. Plus, everyone witnessed their first kiss at the end of the tango dance. You can check out the kiss in the video above.

Right after the kiss, they started dating, and the rest is history. One of the most romantic moments happened during her birthday party in Dominican Republic. Last year, Lopez thought she was celebrating her birthday party surrounded by family and friends, but then Toni got on one knee and asked her to be his wife. Lopez didn’t think twice and said “yes.”

3. Lopez’s Mom Died of Cancer After the 2 Battled the Disease at the Same Time

In 2005, Lopez was diagnosed with Stage I breast cancer. She later underwent a successful partial mastectomy and chemotherapy. Since her diagnosis, Lopez became a public advocate for breast cancer awareness, education, and research.

During her battle with cancer, Lopez wasn’t alone. Her mother, Vidalina, had Hodgkin’s lymphoma, a cancer that affects the lymphatic system — part of the immune system. But later she was diagnosed with leukemia due to the chemotherapy treatment she received. During an interview with HuffPost Voces (Spanish), Lopez talked about her mother’s illness and battle with cancer. Vidalina lost the battle in 2012 at age of 75.

In 2013, Lopez published a book titled Thriving in which she opens up about her surviving story. She also gets personal, sharing her ex-husband’s infidelities and the end of her marriage.

In a press release Lopez explained:

Having the opportunity to write a book, tell my story as a survivor, my experience as a woman and my family life, has filled me with great satisfaction…not only because I can help many women with my story, to overcome or guide them if faced with a diagnosis of cancer but because I recognized and overcame adversities that needed to be left behind…My mom certainly influenced and is still influencing everything I do, so I had to include a bit more of the special relationship that my mom and I had in this version. The admiration and deep love I feel for my mom makes this edition an even more special one. I know she will be sending me her blessings from the sky for every step I take. I will love you always and I know you will continue to be proud of me”.

Lopez’s life has definitely been an emotional ride. Her father Luis Lopez died on February 9, at age 85.

Thank you everyone for all your lovely messages and support for my family during this hard days. I didn’t expect my father to pass so quick…He would always get better and overcome any [sickness] and with more desire to live. My dad made me feel loved with his caring and discipline, gave me -and my mom- a lot of love. I wanted to be selfish and have him with me a little longer and to enjoy together the arrival of Alaia, take care of her, celebrate her…see her grow up. I’m going to miss playing domino with him…I will miss his phone calls at 4:30 am to wake me up and make sure I was out of bed and ready to go to work…If he didn’t call me I would get nerves because I would wait for that phone call to know how he was. Daddy go in peace with my mom, we need both of you but we understand that you both are in a better place and that both of you will take care of us from heaven…I love you”.

5. Luis Fonsi Cheated on Lopez While They Were Married, Prompting Lopez to File for Divorce

Adamari Lopez and Luis Fonsi at an event in New York in 2004.
(Getty)

At one point, Lopez and singer Luis Fonsi were the Power Couple of Puerto Rico. They started dating in 2004 and they got married in 2006. During their relationship, Lopez was diagnosed with Stage I breast cancer in 2005. After she won the battle and got married, it seem that they were going to be together forever. But when she was offer a job in Mexico and Fonsi went on tour, the marriage fell apart. Fonsi cheated and Lopez filed for divorce. They got divorced after three years of marriage.

Today, Fonsi is married to model Agueda Lopez. They have a 3-year-old daughter Mikaela. 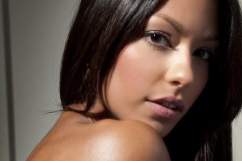 Manuela Arbelaez of ‘The Price is Right’: 5 Fast Facts You Need to Know

Read More
5 Fast Facts, TV
Adamari Lopez and fiance Toni Costa welcomed daughter Alaia on March 4. She is taking two months off from her daily TV morning show to enjoy this moment as a full-time mother.