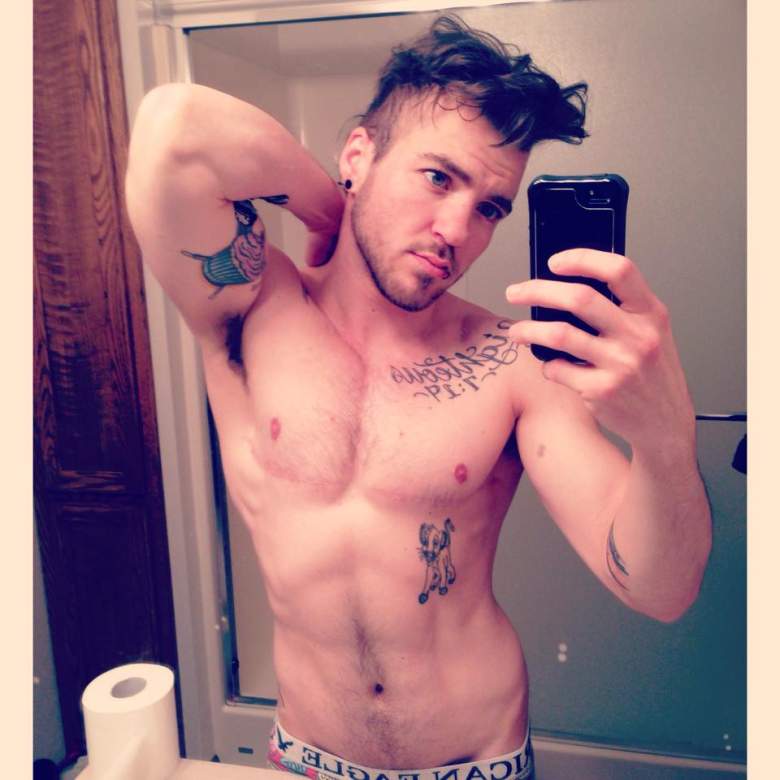 There’s one thing that sets ripped hunk Aydian Dowling apart from his competition as he bids to make history as Men’s Health magazine’s November 2015 cover model: He used to be a woman.

Dowling, 27, has around 40,000 votes to win the mag’s annual Ultimate Guy Search, 30,000 more than that of his closest rival, according the the contest leader board.

What isn’t immediately apparent to those unaware of Dowling’s story is that he’s an out trans man.

“It’s been crazy and amazing. I definitely was not expecting all the support, but I’m so happy and proud of the community for using its loud voice and realizing that we really could do it,” Dowling told The Daily Beast. “We’re banding together and this is us. We exist and we should be represented in some way in mainstream.”

Dowling has skyrocketed to the top of the leaderboard with the help of the trans community and supporters who used social media to bring awareness to his efforts. A Tumblr post calling for votes has racked up over 100,000 notes, and tweets supporting Dowling keep pouring in.

The nationwide contest aims to find a man who “possesses all of the qualities that make up today’s well rounded, active, health conscious and thoughtful guy.”

Judges are “looking for a guy who is fit and fearless; a doer who gives back and leads by example,” according to the contest site.

Last year, the magazine’s readers crowned Noah Galloway, a soldier who lost his left arm and leg in a bomb attack. This year, Dowling may be the first trans man on the cover of Men’s Health (or any mainstream magazine), redefining and expanding what it means to be a man.

“It would be so affirming to just know that the man that I set out to be is somebody that people think is a good man,” Dowling told the Daily Beast about possibly being on the cover of Men’s Health. “To break those stereotypes, but still be a man. Feel pride in masculinity, but not putting down femininity. That would be so important to me.”

Here’s what you need to know about the transgender trailblazer:

1. He Came Out as a Lesbian as a Teenager 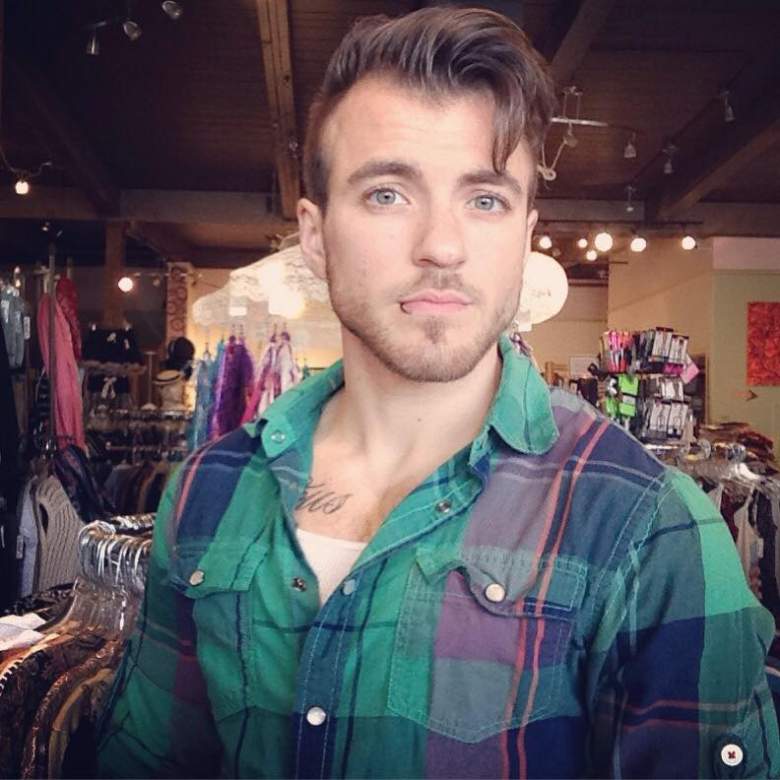 Born and raised in Long Island, New York, Dowling came out as a lesbian when he was a teenager before identifying as a trans man after a girl he was dating asked him if he’d ever wanted to be a boy.

He searched for answers using Google, reported the Daily Beast, and found a clip from the Maury daytime talk show where a man held up a photo of himself as a little girl and talked about how he transitioned.

“That little three-minute clip was life-changing,” Dowling says. “I kind of absorbed everything I could find on the Internet, chatrooms, forums, videos.”

2. He Has Been Transitioning for 5 Years

Dowling has been documenting his transition on his YouTube channel and posted the before and after photos (above) on his Facebook page with the caption, “Throwback 2007 vs 2015.

“I had so much darkness in that little girl in the left picture. Now I work daily on filling myself with #light.”

He’s been married for three years to wife, Jenilee, and they live in Eugene, Oregon. 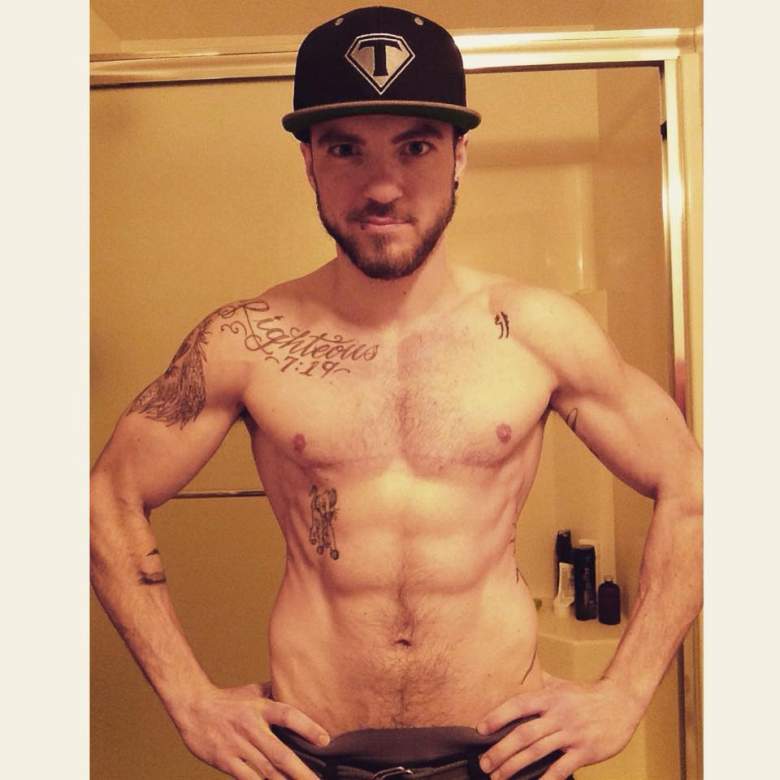 He let his fitness lapse before transitioning but got back into the gym when he came out as a trans man to sculpt his body in a more masculine way.

Now he’s happy to show off his washboard abs and and bulging arm muscles.

“The battle that can come with the mirror can be completely dark and engulfing,” Dowling wrote on his contestant page. “As a Transgender Male, having a healthy body and mind is my ultimate goal to find peace within my soul. Although I may always have some kind of battle with my body, I continue to work every day for a happy peace within.” 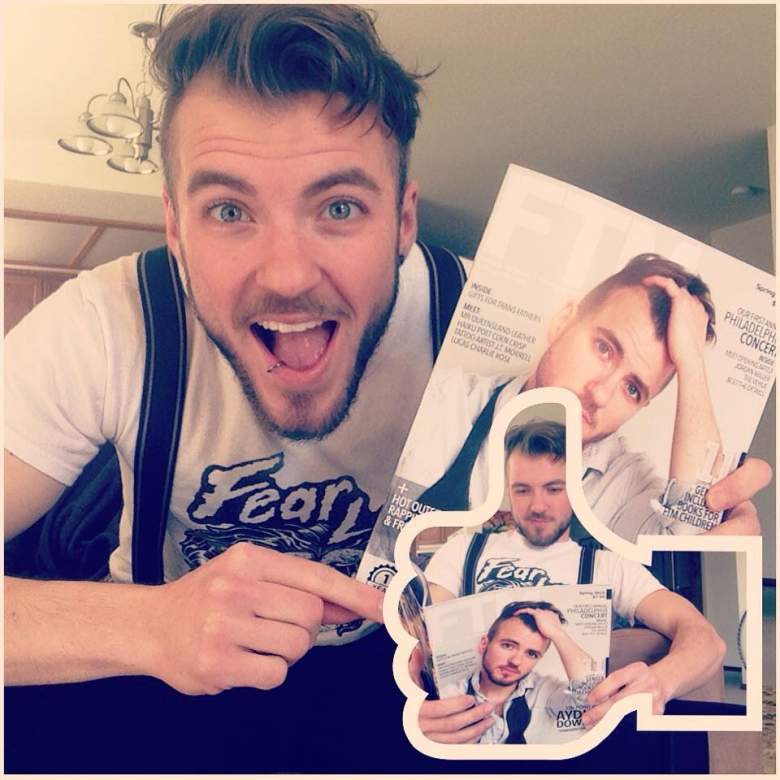 He shot to Internet notoriety earlier this year when a photoshoot mimicking Adam Levine’s famous Cosmopolitian UK spread (the one where he’s naked except for then-girlfriend Anne Vyalitsyna’s hands covering his manly parts) went viral.

Dowling appeared on the cover of FTM Magazine’s April 2015 issue. The magazine documents the female to male culture.