There’s no doubt that Becky G and Austin Mahone are super cute together. But, are they dating? Yes! Yesterday the “Can’t Stop Dancin” singer confirmed the news at The Los Angeles Festival of Books, according to Hoy Los Angeles.

Many music fans are thrilled with the news.

The confirmation came after, Mahone posted a picture of them holding hands crossing the street during a shoot. He tagged -we can finally say- his girlfriend.

Becstin supporters, get ready to see their cutest moments. Check out what we found…

Here’s what you need to see:

1.Becky G and Austin Mahone are a Couple

This is the latest image of Becstin and even though you can see their faces, Mahone confirmed it was him and Becky G when he posted the picture.

The “Shower” singer and Mahone where jet-skiing together in April. The same month, the couple were caught kissing at the airport in Miami. When he dropped her off and they kissed good-bye before she left to cached her flight.

Malone celebrated his 19th Birthday with friends and his girlfriend Becky G on a yacht. Here they are together having a good time. Can you see the red hearts in his eyes? Last month in an interview with J-14, Becky said, “I mean, he’s cute! He’s super cute, he’s good-looking that’s for sure.”

The couple flexed while posing with a The Hulk and Mahone wrote: “Fun weekend with Becky G”, on March 23.

Becky G celebrated her 18th B-Day with Mahone. On the photo you can see the “What About Love” singer pushing a carriage with Becky in it. On the caption Mahone wrote: “Happy Birthday again Becky hope your night was special.”

6. Austin Mahone is all Focused

While having a smiley Becky G next to him, Mahone makes sure to stay “focused”.

7. Becky G and Austin Mahone Together

Can this couple be any cuter? Mahone is all smiles while Becky is puckering up with her red lips for the camera.

This was a Throw Back Thrusday posted last year by Becky and she wrote: “TBT to the studio with Austin Mahone.” Did everything started here?

What we do know is that after that almost playful kiss at Premios Juventud in 2014 is when the rumors of a romance started. Finally, on April 19th Becky G confirmed her romance with heartthrob singer Austin Mahone. 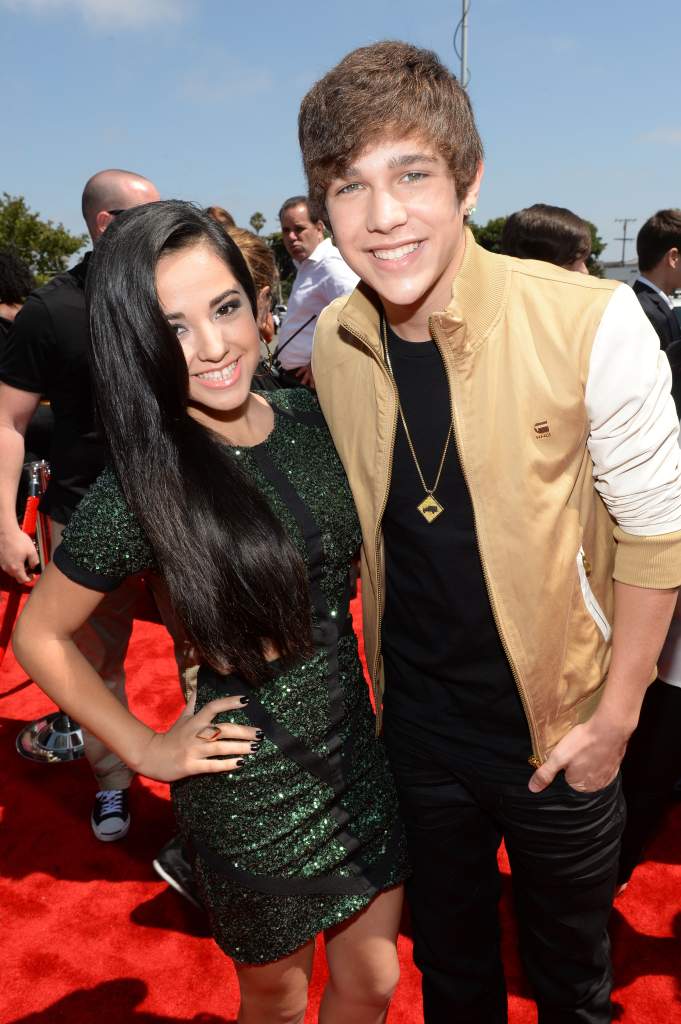 Since then the couple have been all smiles and ready to pose for the cameras. 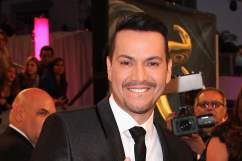