The brother of Sugar Bear from Here Comes Honey Boo Boo is considered a missing person in Georgia. Billy Thompson was reported missing by his brother and Mama June, having last seen Thompson on April 11.

1. He Just Broke Up With His Baby Mama

TMZ reports that the family are extremely worried for Thompson’s well being as he has been down on his luck lately and has struggled to find work. He also suffered from a bad break up with his baby mama. According to Perez Hilton, Billy is the father of two children.

Billy is the eldest brother of Here Comes Honey Boo Boo stars Mike “Sugar Bear” Thompson and Marvin Lee Thompson. In October 2012, the National Enquirer reported that Marvin Thompson had a lengthy criminal record in Georgia. Besides driving offenses, he’s also been busted for credit card fraud back when he was just 19. The openly gay Marvin Thompson has been credited as being a gay rights activists but one source told the Enquirer, “He’s actually just a petty crook who’s been in trouble with the law his whole life.”

4. His Younger Brother Is in the Middle of a Custody Battle With Mama June

Amid the fallout from Mama June’s affair with registered sex offender, Mark McDaniel, it had been reported by Page Six that Billy’s brother, Mike “Sugar Bear” Thompson, was seeking custody of Honey Boo Boo.

According to the FBI,there are just under 84,000, missing persons in the United States. Around 60% of those are over the age of 20. 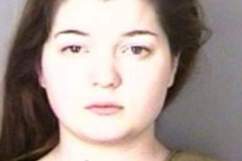