Chiquis Rivera never had the chance to come clean to her mother Jenni Rivera about the alleged affair she was having with her stepfather Esteban Loaiza. In 2012, the Mexican-American superstar singer died in plane crash believing her daughter was sleeping with her ex-husband.

Two years after her death, Chiquis debuts as a writer publishing her new memoir Forgiveness, already on sale.

In this book, the 29-year-old reveals everything about the reasons her mother kicked her out of the house and left her out of her will, the compromising video footage of her and Loaiza, and details of the sexual abuse she encounter with her father Jose Trinidad Marin. And the most shocking revelation is that she was also molested by a woman when she was a little girl.

In the description of the book Chiquis wrote:

I wrote this book not to dismiss a rumor but to share something much more important: my journey to forgiveness.”

1. Chiquis Rivera Was Molested by a Woman at the Same Time She Was Being Sexually Abuse by Her Father

This is the first time Chiquis reveals that she was molested by a woman when she was a little girl. Jenni knew her daughter was sexually abused by her father but didn’t know about the woman. Why didn’t Chiquis tell her? It was her most guarded secret. In the book, Chiquis explains how the woman tricked her into playing games that led to sexual touching and she felt confused because at the same time she was being abuse by two separate people — an unidentified woman and her father.

Chiquis wrote in her book:

This woman would come up to me and say. ‘Let’s play house.’ I was nine, and just getting used to the games my father forced upon me. It was just so confusing to be doubly victimized…She would touch me, and she asked me to touch and stimulate her…Until one day she didn’t ask me to play anymore and the afternoons spent in the corners disappeared, along with that abusive woman.”

Chiquis doesn’t mention the name of the woman in book. But she does say that by revealing her most guarded secret, was her way to let other abuse victims know that it is possible to overcome an abuse.

2. Chiquis Forgave Her Father Jose Trinidad Marin for Sexually Abusing Her as a Child

After years of abuse by the hands of her father Jose Trinidad Marin and testifying against in court hasn’t been easy for Chiquis. But she wanted to purge by revealing details of all those midnight forced sexual encounters she had with him when she was only 8 years old.

She revealed how the first abuse happened in the bathroom after her parents separated in 1994.

And when they were splitting custody, Chiquis would spend the weekends over her dad’s house and the midnight visits started and thankfully ended when she got her first menstruation, at 12 years old.

Chiquis recalls in the book:

My father would take advantage of those weekends, exploiting my silence more and more while simultaneously becoming ever more aggressive. His growing boldness translated into longer, more fearsome and more painful sessions for me. All I remember is closing my eyes, tensing up my arms and thinking: ‘If I don’t put up too much of a fight, then he’ll be done with me sooner.”

Despite the years of abuse, Chiquis says that she forgave her father, who’s serving 31 years in prison since 2006.

3. At One Point, Chiquis Didn’t Know if She Was Gay or Straight & Had a Romantic Relationship With a Girl 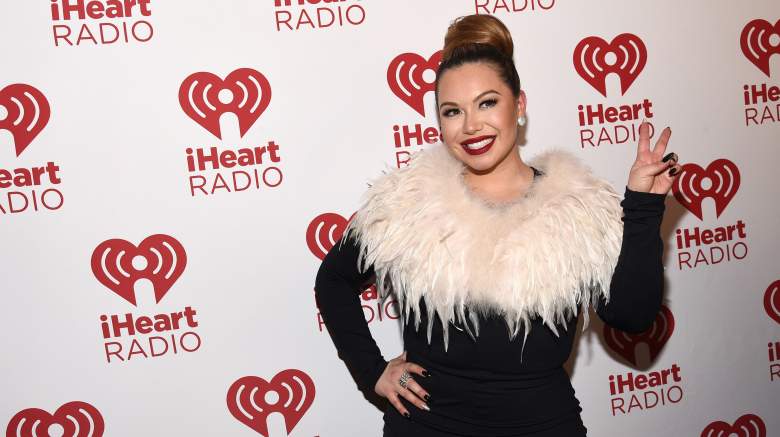 In the book, Chiquis talks about how confused she was and how she would question her sexuality. She didn’t know how she would handle a relationship. She didn’t know if she was going to become promiscuous or instead completely celibate and alone. Chiquis confesses how terrified she felt by the thought of being touched by any human being — male or female.

During an interview with Al Rojo Vivo con Maria Celeste Arraras, Chiquis confessed her romantic relationship she had with a female best friend but it didn’t let to anything serious. Jenni knew about the relationship and didn’t approve.

Today, Chiquis is 100 percent certain that she likes men. She’s been in an on-again, off-again relationship with a Latin Music executive.

4. Chiquis Never Had the Chance to Show Her Mother Jenni Rivera the Proof That she Wasn’t Having an Affair With Her Stepfather 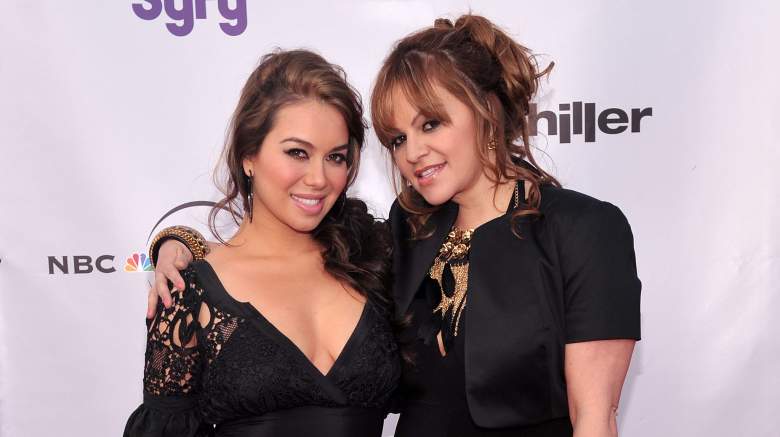 Chiquis Rivera and Jenni Rivera at an event in 2010.(Getty)

Chiquis wanted to submit herself to a polygraph test to stop the rumors that she was having a sexual relationship with her mother’s husband, Esteban Loaiza. But her mother didn’t want to hear it. She was convinced her daughter was sleeping with Loaiza because she had proof from two security footage from her house, but Chiquis says the video does not show anything.

In the footage, Chiquis explains in the book that you see her entering her mom’s bedroom for five minutes and kisses Loaiza on the forehead to say goodnight and leaves right away. Jenni believed that that night her husband and her daughter had a sexual encounter but Chiquis denies it. Chiquis assures that on that fateful night she was talking on her cell with her uncle and boyfriend and she can prove it with her phone statement. But Chiquis never had the chance to show it to her mother because she didn’t want to hear it.

Chiquis feels that she lost her mom two months before she died in the plane crash. Because they had the argument about the affair on October 2 and Jenni Rivera passed away on December 9:

I forgive you for doubting me. … Now I want to be happy, and carry you with me in my heart. I want you to guide me with the kids and with my career. You knew how to fall, how to get back up and how to get better each and every day. … Only your love will carry me forward. I love you, Momma, and I miss you.

5. Chiquis Is Following in Her Mother’s Footsteps by Debuting as a Singer, Releasing ‘Paloma Blanca’

Last year, Chiquis debuted as a singer with the single titled “Paloma Blanca”, which means in English White Dove, in honor of her mother. Just like her mother, Chiquis performs the song in banda-style, which you can watch in the above video. The song was received with support and criticism by her followers.