Marvel Television, ABC Studios. DeKnight Prods. Goddard Textiles. What do all these production companies have in common? They’re all behind the creation of an upcoming TV series based on Matt Murdock aka “Daredevil.”

Marvel’s blind vigilante was last seen on big screens back in 2003 in a film that was widely panned by critics. This new streaming TV series will clean the dirt off of Daredevil’s name and bring him back into the loving arms of the masses. The dark underbelly of New York City will have someone to fear once Matt Murdock takes justice into his own hands. Marvel’s massive cinematic universe is ready to bring Daredevil back into the fold.

Here’s everything you need to know about the comic book superhero’s own Netflix streaming series.

1. The Titular Hero Will Be Played by Actor Charlie Cox

The lead actor set to take the role of the main character is none other than Charlie Cox. By the daytime, Matt Murdock works as a lawyer who also happens to be blind. When night falls, Matt dons the costume and role of Daredevil. Daredevil looks to save his city and fight the criminals that poison it.

One of the biggest crime lords there is just happens to be attaining more power as Daredevil’s early origins come to pass. That crime lord, Wilson Fisk aka “Kingpin,” will be played by actor Vincent D’Onofrio. New York City’s Hell’s Kitchen will be the battleground between Daredevil and Kingpin and his cronies. 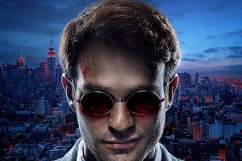 2. The Famous Daredevil Costume Won’t Be Seen at the Beginning of the Series

For fans hoping to see the famous dark red costume that Daredevil dons, you’ll have to wait a bit before it makes its official debut. Matt starts the series off wearing a black costume that owes its inspiration to Frank Miller’s The Man Without Fear graphic novel. This design decision was made in order to highlight the evolution of Matt from his early crime fighting outfit to his eventual red, horned costume.

As Matt encounters tougher adversaries, he chooses to develop his costume slowly over time with extra padding and more protective add-on’s. Later on during the series, Matt will eventually hop around Hell’s Kitchen in his iconic uniform. You can check out Daredevil’s familiar crime fighting duds in the vid posted below if you’d like some early spoilers:

Marvel and Disney re-acquired the film rights to Daredevil from Fox back in 2012. A year later, the Netflix rendition of the character initally entered development. Film and TV screenwriter, director and producer Drew Goddard developed Daredevil and was positioned as the series showrunner when he was hired back in December 2013.

Goddard was then replaced as the showrunner by Steven S. DeKnight, which now places Goddard in a consultant role alongside DeKnight as executive producer. Daredevil takes place within the Marvel Cinematic universe, which chronologically places the show in the aftermath of the Battle of New York from Marvel’s The Avengers.

4. Daredevil is the 1st Show to Debut From a Future Offering of More Marvel TV Series

Daredevil is just the 1st in a line of ordered shows that will be exclsuive to Netflix. This series will be followed by the following shows – Marvel’s A.K.A. Jessica Jones, Marvel’s Luke Cage and Marvel’s Iron Fist. All of these shows will all morph into the eventual miniseries Marvel’s The Defenders, a superhero mash-up show with each character.

Come April 10, 2015 (Friday), Daredevil will land on Netflix through all 13 episodes of its 1st season. Binge watchers will certainly enjoy watching 13 hours of this gritty superhero, especially when it’s available in Ultra HD 4K. The name of the 1st three episodes have been revealed to be “Into The Ring,” “Cut Man” and “Rabbit in a Snow Storm.” 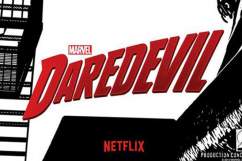 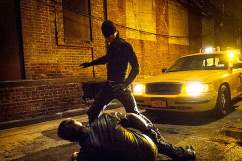